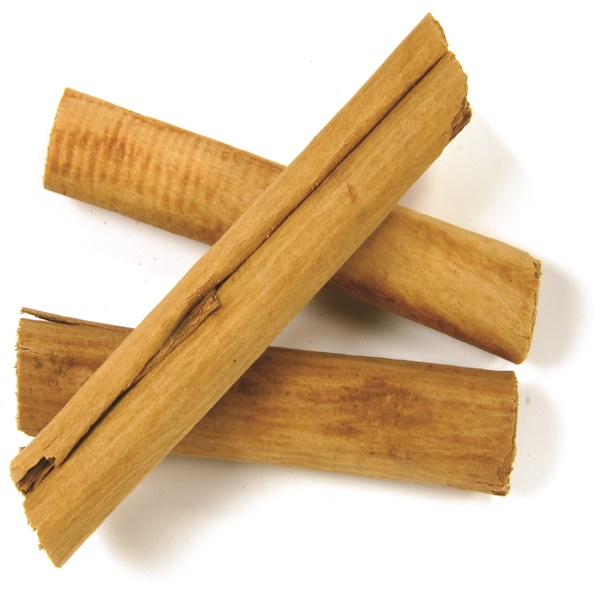 #8 in Cinnamon Spices >
Frequently Purchased Together

Product Notes: Cinnamomum verum, native to Sri Lanka, is considered the "true cinnamon" of the world. Cinnamon sticks from this species are often referred to as ceylon or "soft" cinnamon sticks, and have different physical characteristics, as well as a milder, sweeter flavor than common cinnamon.

Processing Notes: Ceylon sticks are harvested from an evergreen that grows 30-60' in height, with light brown, papery leaves, reaching as much as 7" in length with delicate white-yellow flowers in the summer. The bark, comprised of long, slender phloem fibers (less that 30 mm thick), is harvested from a tree every other year. After harvest, the bark is allowed to ferment for 24 hours, before the outer bark is scraped away leaving behind the delicate inner bark, that easily breaks into splintery fragments under light pressure. Ceylon sticks taste spicy, sweet, and delicate with much more gourmet flair than that of common cinnamon.

Preheat oven to 350 degrees. Cut 1/2" top off the stem end of the apples. Remove the stems, leaving a small hole into which you can insert a cinnamon stick. Core the apples with a melon baller. Discard cores. Scoop out the inside of the apples, being careful not to pierce the skin. Chop the flesh. Set aside.

Combine the cranberries, raisins, chopped apple flesh, orange juice, margarine, nutmeg, vanilla, and orange peel in a medium bowl. Stuff this mixture inside the hollowed-out apples and place in lightly greased oven-proof dish. Replace cap on each apple, with a cinnamon stick through the stem opening. Spread any extra stuffing around the apples and bake in preheated oven until tender, about 45 minutes.