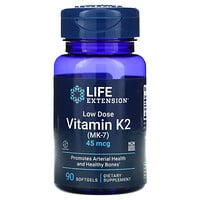 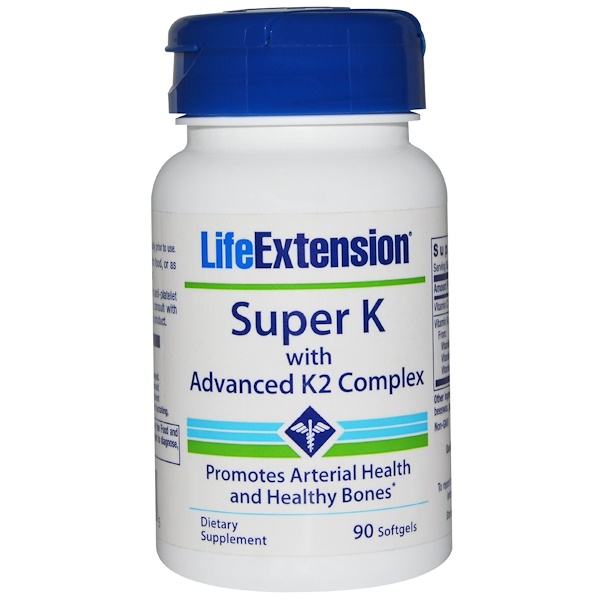 In recent years, two forms of vitamin K2 have been extensively researched and the findings reveal vastly improved effects compared to K1. The MK-4 form of vitamin K2 is the most rapidly absorbed and is now routinely used in Japan to maintain healthy bone density. MK-4, however, only remains active in the blood for a few hours. The MK-7 form of K2, on the other hand, remains bioavailable to the human body over a sustained 24-hour period and to higher levels (seven- to eightfold) during prolonged intake. Both MK-4 and MK-7 have demonstrated remarkable health benefits when studied in human populations.

Do not exceed recommended dose.

Do not purchase if outer seal is broken or damaged.

When using nutritional supplements, please consult with your physician if you are undergoing treatment for a medical condition or if you are pregnant or lactating.