?
The item is currently out of stock and replenishment is unconfirmed.
There's a new version of this product: 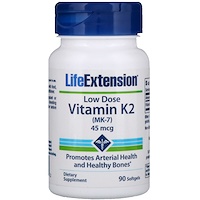 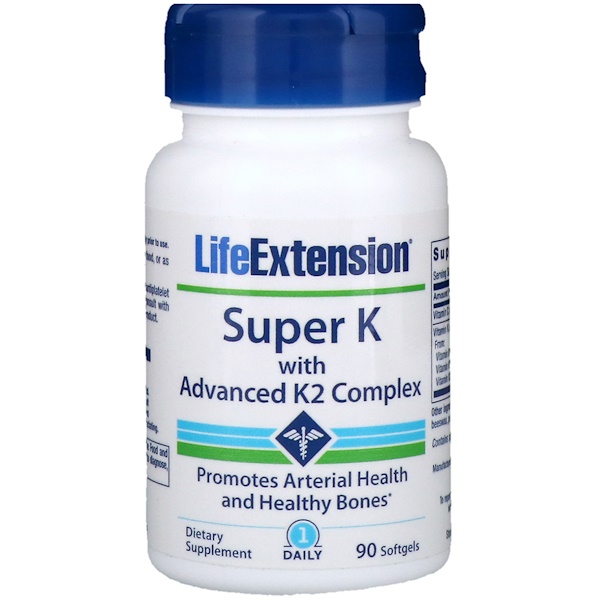 The method by which vitamin K supports bones and arteries is related to its relationship with calcium. Research has shown that low vitamin K status interferes with the function of a protein called matrix Gla-protein (MGP). This protein is vitamin K dependent and must be carboxylated to function properly.

The Rotterdam Heart Study, a large-scale, well-controlled clinical trial that tracked 4,800 subjects for seven years, revealed that people who consume the most dietary K2 have healthier hearts when compared to people who consume the least. Additional studies have shown that higher vitamin K levels also correspond to less calcium deposits in the aorta, and can even cause a 37% regression of preformed arterial calcification.

Unfortunately, obtaining enough vitamin K through the diet can be difficult. The most common form of vitamin K, known as K1, is present in leafy green vegetables. Not only do many people avoid these vegetables, the K1 is tightly bound to plant fibers and not easily absorbable.

In contrast, vitamin K2, which is found in meat, egg yolks, and dairy, is up to 10 times more bioavailable than K1 and remains active in the body for far longer. If you're avoiding these foods for health reasons, it’s essential to take a K2 supplement.

Super K with Advanced K2 Complex makes it easier to get enough vitamin K by including two forms of vitamin K2, MK-4 and MK-7. The MK-4 form is the most rapidly absorbed type of vitamin K. However, it only lasts in the bloodstream for a few hours. In contrast, the MK-7 form is available to the body for a full 24-hour period at much higher levels.

Caution: If you are taking anticoagulant or antiplatelet medications, or have a bleeding disorder, consult with your healthcare provider before taking this product.