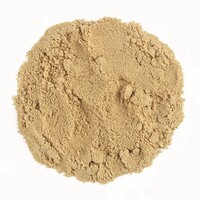 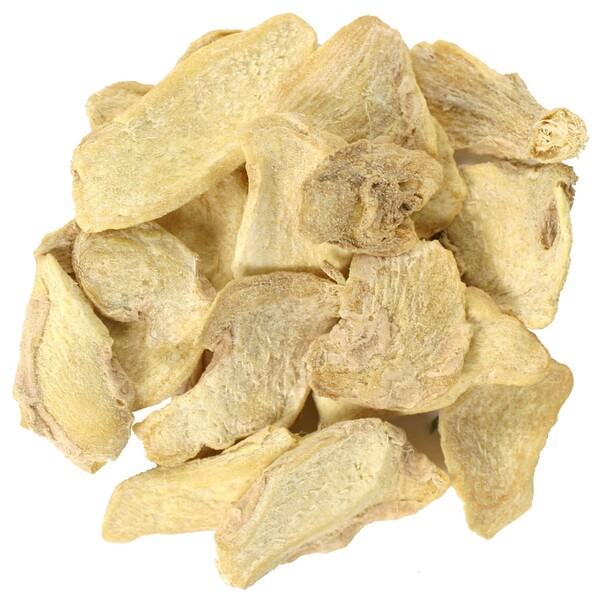 Enjoyed in cuisines the world over for its warm, spicy-sweet aroma and flavor, ginger complements both sweet (think gingerbread) and savory (think stir fry) dishes. It's available in whole root, cut and sifted, powdered, and crystallized, so you can choose the perfect form for your perfect dish.

A perennial, tropical plant with aromatic, tuberous roots, ginger is one of over 50 species of the genus zingiber. While several of these species are cultivated for food use, the spice we know as ginger is Zingiber officinale. The rhizome, or root of the ginger plant, is the part we use as a spice. The candied rhizome of the ginger plant is sold as crystallized ginger, and dried ginger that has been ground is sold as ground ginger.

Originating in tropical Southeast Asia, ginger has been cultivated for more than 3,000 years. Ancient medical records indicate that it was used in teas, baths, and chest compresses, and texts dating as far back as ancient China and India suggest ginger for healthy digestion. The Romans introduced ginger to Northern Europe, where it was used in cakes, biscuits and other sweet dishes. By the 14th century, it rivaled pepper in popularity, and when the plague hit, ginger, with its antiseptic properties and sulfur content, was considered by some a worthy antidote.

Ginger's warm, spicy-sweet flavor and pungent aroma are unmistakable. It's a universally popular flavoring that lends its name to three familiar foods--gingerbread, gingersnaps and ginger ale. It's also popular in stir-fries and sauces, and in spice blends like curry powder.

Used in a wide variety of sweet and spicy dishes, ginger blends well with many other spices. It's essential in Oriental cooking and especially prevalent in the cuisines of India, China, Thailand, Northern Africa, Japan and the Caribbean countries. Ginger wines are a popular wintertime beverage in England. In the U.S., ginger lends its hot, spicy flavor to condiments, relishes, pickles, beverages and all types of desserts.

To substitute ground ginger for fresh, use 1 /2 teaspoon ground for each tablespoon fresh called for in a recipe.

Ground ginger is an essential spice for gingerbread and is also good in biscuits, preserves, chutneys, marmalades and a variety of desserts. Try it in pickles and with pork, chicken and beef. Add it to pumpkin or apple pie, cookies, carrot and sweet potatoes dishes.