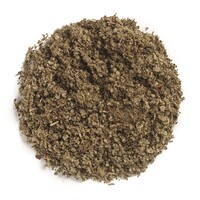 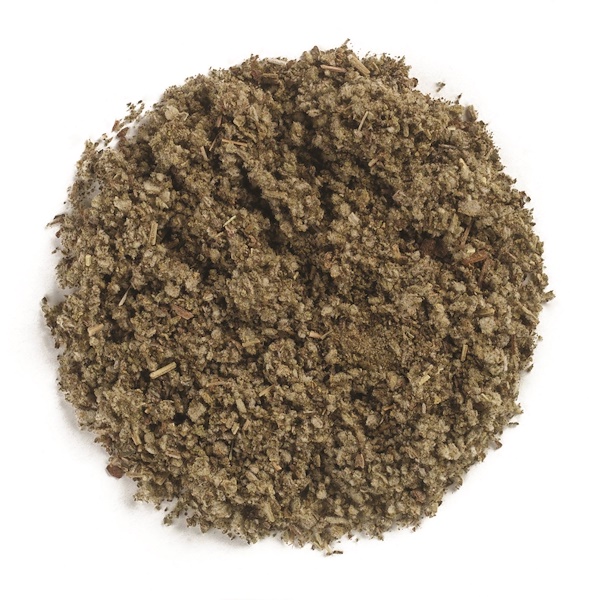 Used for centuries as both a seasoning and as a healing herb, sage has a highly penetrating, piney, woodsy fragrance and warm, piney, earthy flavor. A traditional accompaniment for robust meats, breads, rolls and stuffing, sage also makes a warming winter tea.

The Plant: There are over 900 varieties of sage plant. Salvia officinalis — also known as garden sage — is the sage used most commonly as the spice. A member of the mint (Lamiaceae) family, sage is a small, shrubby perennial with silvery grey-green, fuzzy leaves. Other culinary sages found in commerce include: Spanish sage (S. lavandulifolia), which grows wild in Spain, and Greek sage (S. triloba) which grows wild in Greece, Turkey, and Cyprus. Variations in the constituents of their essential oils gives each of these three sages unique flavor characteristics. Salvia officinalis is considered the true sage spice. Non-culinary sages include clary sage (S. sclarea), an intensely fragrant herb (its essential oil is popular in aromatherapy) and white or incense sage (S. apiana), native to the American southwest, which is burned for its purifying aromatic smoke. There are other non-culinary sages, such as pineapple sage and Mexican sage that are grown as garden plants for their flowers or foliage or for the aroma of the leaves.

The sage used as a spice, sage leaf, consists of the dried leaves of the plant, usually in an easy-to-use ground or rubbed form. Sage herb is usually in whole or cut form, and is the best choice for making a tea. Sage leaf is also distilled to extract an essential oil used for fragrance and as a flavoring in processed foods.

The oval one-inch by one-to three-inch leaves are covered with a dense woolly mat of fine hairs. Sage has a strong, penetrating, piney, woody aroma. Its flavor is warm, piney, earthy and somewhat minty, with a touch of bitterness. (Try a bit of sage straight from the bottle and you'll notice it quickly numbs your tongue.)

Constituents of Note: Sage contains 1 to 2.5% essential oil, which is responsible for the flavor and aroma of the spice.

Quality: Sage quality is indicated by the strength of the characteristic flavor and aroma. The long petioles and leaves are grey-green in color and covered with a dense woolly mat of fine hairs. Leaf pieces often stick together because of the fine hairs and sometimes may be thought to resemble insect webbing, but closer examination can reveal if this is the case. Little or no woody stem should be present in sage. Most important though — to ensure the most authentic sage flavor — is determining the sage is the correct species and has not been adulterated with other species. Greek sage (Salvia triloba) is sometimes mixed with or substituted for true sage. Greek sage is differentiated by true sage through GC testing which reveals differences in the essential oils of the two species.

Did you know? Sage was the most used cooking seasoning up until World War II. (It was replaced by oregano as returning service men and women brought the beginnings of the pizza and pasta craze back to the United States.)

Use sage with a light touch, because it can easily overpower a dish. On the other hand, it stands up well to long-cooking without any loss of flavor. Because it's strong, pair it with other strong flavors like garlic, thyme and pepper.

As a spice, sage was historically paired with meats — and especially fatty meats such as pork, duck, goose and wild game — not only because these meats were not over-powered by the hearty flavor of sage, but also as way of slowing rancidity at a time when refrigeration was not an option. Today, sage often flavors sausage, poultry and other meats.

Sage tea with honey is enjoyed, especially in the winter months, as a warming and tonifying tea, and is also often enjoyed after heavy meals. And sage leaves have long been added to poor quality wine to improve the bouquet.

Non-culinary uses for sage abound. Sage herb is an ingredient in herbal shampoos or hair rinses formulated for dark-colored hair. It is also an ingredient in body and room deodorants, gargles, mouthwash and throat sprays.

Sage oil contains thujone, a potentially harmful constituent in large quantities. However there are no contraindications or warnings when use sage as a spice and in typical quantities.