By Life Enhancement
Click to zoom
This product is Discontinued. We recommend trying the following: Keto and Co, Wondrose, 10.5 oz (300 g) 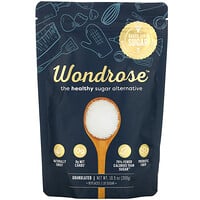 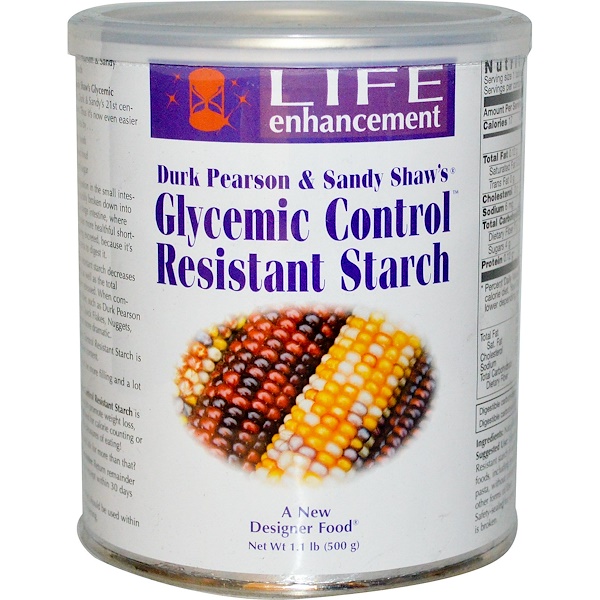 Resistant starch is a starch that resists digestion in the small intestine, where most ordinary starches are quickly broken down into glucose. Resistant starch moves on to the large intestine, where some of it is fermented and where it creates more healthful short-chain fatty acids. Much of it ends up being excreted, because it's not there long enough for intestinal bacteria to digest it.

Research has shown that a meal high in resistant starch decreases peak glucose and insulin concentrations as well as the total amounts of glucose absorbed and insulin released. When combined with a naturally beta-glucan-rich fiber, such as Durk Pearson & Sandy Shaw's Glycemic Control Flour, Quick Flakes, Nuggets, or Large Nuggets, the results can be even more dramatic.

As Durk and Sandy say, "Starch foods can more filling and a lot less fattening."

Durk Pearson & Sandy Shaw's Glycemic Control Resistant Starch is designed to revolutionize the way you eat, to promote weight loss, and to improve your health, without the need for calorie counting or even exercise—and without giving up the pleasures of eating!

Pleasure without pain...now who could ask for more than that?

Use as a substitute in any recipe that calls for starch. Resistant starch is easily incorporated into a broad range of low-moisture foods, including breads, pies, cakes, muffins, cereals, crackers, snacks and pasta, without compromising taste, texture or appearance compared to other forms of fiber.

Safety-sealed for your protection. Return for replacement if the outer seal is broken.

Store in a cool, dark, dry place. This product should be used within 2 years of purchase or within 1 year after opening.

Visit Manufacturer's Website
iHerb Customer
An iHerb Customer has completed a transaction, and has accepted the Terms & Conditions
Please confirm your identity