By Life Extension
Click to zoom
This product is Discontinued. We recommend trying the following: Life Extension, Two-Per-Day Tablets, 60 Tablets 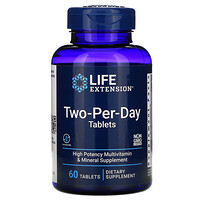 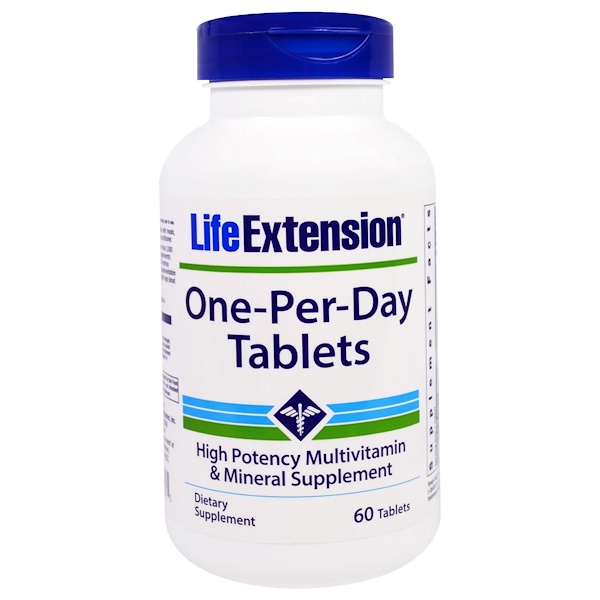 Huge numbers of Americans take a multivitamin, but the potencies of the individual nutrients are usually so trivial that no health benefit is derived. The ultra-low cost of One-Per-Day makes it one of the great bargains on the dietary supplement marketplace.

Life Extension’s One-Per-Day contains 5-methyltetra-hydrofolate (5-MTHF), the active form of folate that is up to 7 times more bioavailable than folic acid. This greater bioavailability is especially important in people with a genetic enzyme deficiency since it requires no conversion to become metabolically active.

Take one (1) tablet daily with meals, or as recommended by a healthcare practitioner.