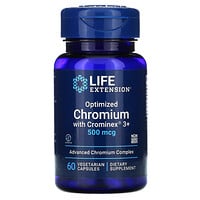 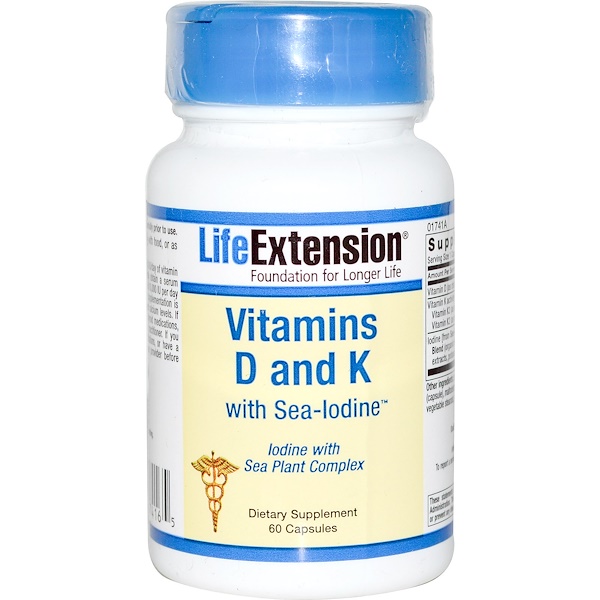 Vitamins D and K with Sea-Iodine

An avalanche of favorable studies has resulted in record numbers of Americans supplementing with vitamin D. Since it is virtually impossible to obtain adequate vitamin D from food sources, supplementation with 5,000-10,000 IU daily is required by many aging individuals.

Overlooked by almost everyone (except Life Extension members) is the critical importance of vitamin K. If one is concerned enough about their health to take higher dose vitamin D, it seems absurd to miss out on the benefits of vitamin K. For instance, vitamin D facilitates calcium absorption into the bloodstream and thus plays an important role in maintaining bone density. Less recognized is the need for vitamin K to transport calcium from the bloodstream into the bone. Vitamin K is also required by calcium-regulating proteins in the arteries. Together these two vitamins help maintain youthful calcium skeletal distribution while promoting vascular health.

Vitamin K can be found in small amounts in the diet, but obtaining the desired higher potencies requires supplementation. Many Life Extension members obtain optimal potencies of long-acting vitamin K in the Super Booster or Super K formulations. An increasing number of new members, however, are asking for high-potency vitamin D—but are not taking any supplemental vitamin K.

To directly address this problem, Life Extension has put together a formula called Vitamins D and K with Sea-Iodine. Like vitamins D and K, few Americans obtain optimal amounts of iodine. As people seek to limit their salt intake, this deficit is exacerbated since iodized salt is the principal source of this mineral in many diets. We expect the issue of iodine insufficiency to receive more media attention as new studies uncover the problems this creates. Sea-Iodine is included in this formula to provide iodine without the harmful effects of sodium.

Take one (1) capsule once daily with food, or as recommended by a healthcare practitioner.

Caution: Individuals consuming more than 2,000 IU/day of vitamin D (from diet and supplements) should periodically obtain a serum 25-hydroxy vitamin D measurement. Do not exceed 10,000 IU per day unless recommended by your doctor. Vitamin D supplementation is not recommended for individuals with high blood calcium levels. If you have a thyroid condition or are taking antithyroid medications, do not use without consulting your healthcare practitioner. If you are taking anti-coagulant or anti-platelet medications, or have a bleeding disorder, consult with your healthcare provider before taking this product.