By Life Extension
Click to zoom
This product is Discontinued. We recommend trying the following: Life Extension, Super K, 90 Softgels 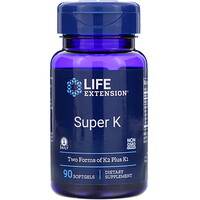 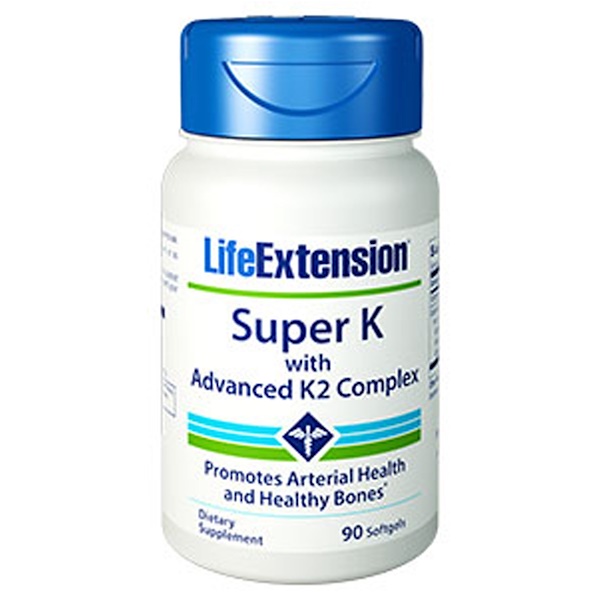 In recent years, two forms of vitamin K2 have been extensively researched and the findings reveal vastly improved effects compared to K1. The MK-4 form of vitamin K2 is the most rapidly absorbed and is now routinely used in Japan to maintain healthy bone density. MK-4, however, only remains active in the blood for a few hours. The MK-7 form of K2, on the other hand, remains bioavailable to the human body over a sustained 24-hour period24 and to higher levels (seven- to eightfold) during prolonged intake. Both MK-4 and MK-7 have demonstrated remarkable health benefits when studied in human populations.