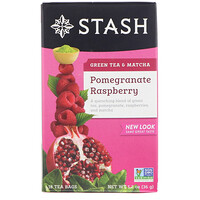 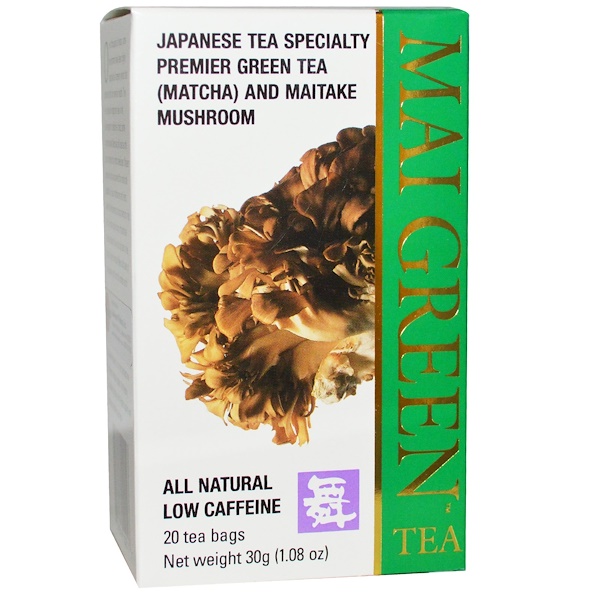 Maitake (pronounced "My-Tah-Key) is a giant legendary mushroom in Japan, called "The King of Mushrooms" for its exquisite taste and flavor. It has been prized in traditional Japanese herbology for hundreds of years. Maitake, literally meaning "Dancing Mushroom", was named thus because people who found this precious mushroom deep in the mountains would begin dancing with joy.

Mai Green Tea uses highest quality Maitake mushrooms, grown in our bio-farm in Japan under stringent quality control standards. It is the same strain that has supported all major researches and studies.

Green tea is the most popular traditional drink in Japan and is served at every Japanese meal. Today, science has found a powerful antioxidant property in green tea. It contains polyphenols, a form of bioflavonoids, which act as a strong antioxidant and help fight free-radicals. Such activities of green tea are more effective than those of vitamin E and C in preserving particularly healthy skin. Green tea normally contains about one-third the caffeine of black tea.

The green tea used in Mai Green Tea is premier "matcha" tea which is used in the traditional Japanese tea ceremony and claims the lowest content of caffeine.

The secret of Japanese longevity must be related to Japan's cuisine and culture. Green tea and mushrooms play key roles in both. They are always served with meals, having been a part of Japan's daily life for centuries.

Mai Green Tea offers this healing power as a cup of delight.

Over thousands of years, some mushrooms have been highly regarded as longevity herbs that preserve youth and maintain health. They have played an important role in the development of medicine. In fact, some mushrooms and herbs are still used as the basic ingredients for most medicines. Modern science has also discovered the medicinal properties in such mushrooms and herbs, while the development of drug chemistry has left the simple applications of traditional medicine behind. Now, let's go back to the basics. Enjoy the natural flavor and taste of the valuable gifts from the mother earth!

Place one tea bag in a cup. Pour 1 cup (6-8 oz) of boiling water over the tea bag. Let steep for 2-3 minutes. Drink 2 to 3 cups daily or as you desire. Seal tight and refrigerate unused tea to keep the fresh flavor.