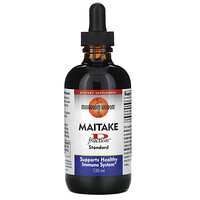 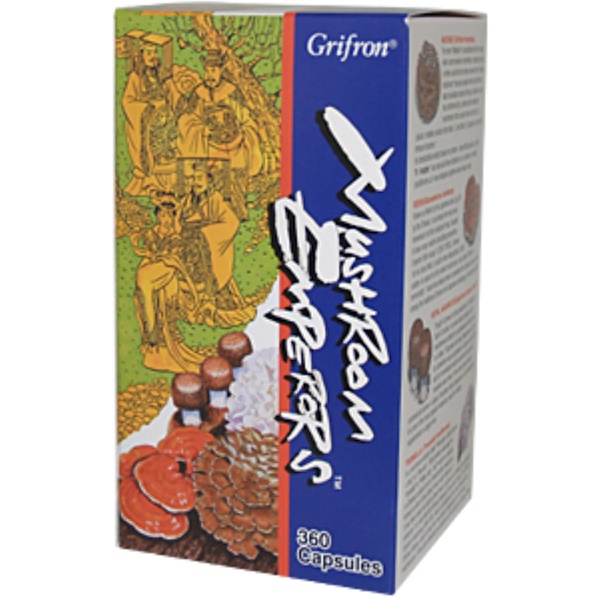 Over thousands of years, several types of mushrooms have been used to maintain health, preserve youth and increase longevity. Such medicinal aspects of mushrooms have been passed down through folklore. In ancient China and Japan, some of these mushrooms were so valued that only emperors or royal families could afford them. Only recently (within the last 30 years) has the scientific study of mushrooms on their healing properties been initiated. Mushrooms are very rich in high quality of proteins, nucleic acids, vitamins and minerals. Also contained are the dietary fibers such as Beta-D-glucans, chitins and heteropolysaccharides. Among the others, some specific types of polysaccharides, called Beta 1,3 and 1,6 glucans have engendered an intense benefit on human health, particularly on the immune system.

The six mushrooms contained in this Mushroom Emperors™ have been typically prized in traditional Japanese and Chinese herbology and are very rich in such polysaccharides and other unique properties scientifically proven in recent studies.

The name "Maitake" is associated with its shape which some believed resembles a dancing nymph, or others said that the name comes from "dancing mushroom" because people who found them in deep mountains danced with joy. Modern science has confirmed that, unlike other medicinal mushrooms that usually have only Beta 1,3 and Beta 1,6 glucans as powerful immune boosters.* Its standardized extract based on protein - bound Beta glucan, called "D - fraction", has been paid keen attention by a number of health as it was designed optimal when taken orally.

Known as Reishi by the Japanese and Ling Chi by the Chinese, it is perhaps the most well renowned of all the medicinal fungi, reputed to have many health stimulating properties. Emperor Shih Huang Ti (259-210BC), famous for his Great Wall, is said to have dispatched 3,000 soldiers to search for this valued mushroom, also called "Elixir of immortality". Reishi has always been considered the highest class of tonics among the traditional Chinese and Japanese herbology, promoting longevity.

Though it grows on the grasslands of Florida and South Carolina, its main natural habitat is the mountainous district in southeastern Brazil where it is called, "Cogmelo de Deus (Mushroom of God)". Its cultivation was succeeded in Japan in late 1970s and its remarkable health properties have been revealed since then. It has been given several commercial names in Japan, including Royal Agaricus (or simply called "Agaricus". It is one of the most popular materials used for dietary supplements in Japan now.

In a mushroom family called "Kikurage (Jelly fish on a tree)" or "Tree-ear", "Shiro (white) - kikurage" or "Tremella"or "White Jelly - leaf" which is popular in Chinese cuisine for its characteristic textures is known as one of the richest foods with Vitamin D. It has been used not only as tonic herb, but also as a beauty and gonadal enhancer. It is said that the famous Imperial Concubine Yang (719-756) of Emperor Xuanzong (685-765), who is considered the most beautiful in Chinese history, used to take this mushroom frequently for her facial maintenance. It has also attracted an attention as the source of dietary fibers.

Cordyceps family is commonly called "Caterpillar fungus" or "Summer-plant, Winter-worm" because of its parasitic growth on caterpillar larvae. In ancient China, Cordyceps were used exclusively in the Emperor's palace due to its scarcity. Recently, Cordyceps has gained international attention from the success of Olympic athletes from China due to its stamina - enhancing abilities.

This beautiful mushroom, with cascading white icicle-like spines, is known as "Lion's Mane" here or "Monkey's Head" in China, and is one of the best edible fungi. In China, this mushroom, when brewed in hot water, is considered as a healthy drink. Modern science has identified substances in this mushroom which accelerate the synthesis of the nerve growth factor that may be helpful to inhibit brain dysfunction associated with aged people.

As a dietary supplement, take 2 capsules twice a day between meals.

Keep out of the reach of children. Consult a physician before using if pregnant or nursing. Store in a cool dry place.

Due to the natural characteristic of the mushrooms, its color in capsules may vary from one batch to another. However, quality and potency of the product are not affected.