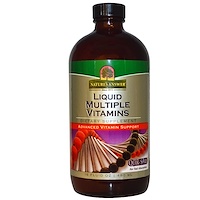 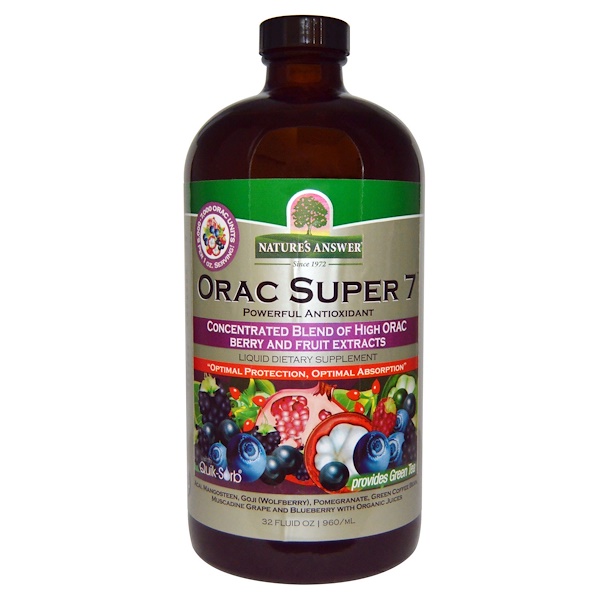 Scientific studies continue to support the long standing health benefits of antioxidants. Advanced research is focusing on fruits that have high-ORAC value.

ORAC Stand for "Oxygen Radical Absorbance Capacity". ORAC describes a laboratory analysis of the antioxidant activity against the peroxyl radical, which is one of the most common reactive oxygen species (ROS) that cause oxidative damage. The greater the amount of free radicals a food or nutrient can combat, the higher its ORAC score. This standard, developed in a collaborated effort by that National Institute on Aging and the USDA Human Nutrition Research Center on Aging is what prompted Nature's Answer to develop "ORAC Super 7".

As a dietary supplement take two (2) Tablespoons (30 mL, one ounce) daily with a meal, or as directed by your healthcare practitioner. May be mixed with water or juice.

Shake well before use. Refrigerate after opening.

Keep out of reach of children. Do not use if safety seal is damaged or missing. If pregnant, nursing or on medication, consult with your healthcare practitioner.