By New Chapter
Click to zoom
This product is Discontinued. We recommend trying the following: New Chapter, Estrotone, 60 Vegetarian Capsules 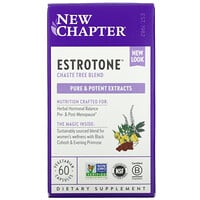 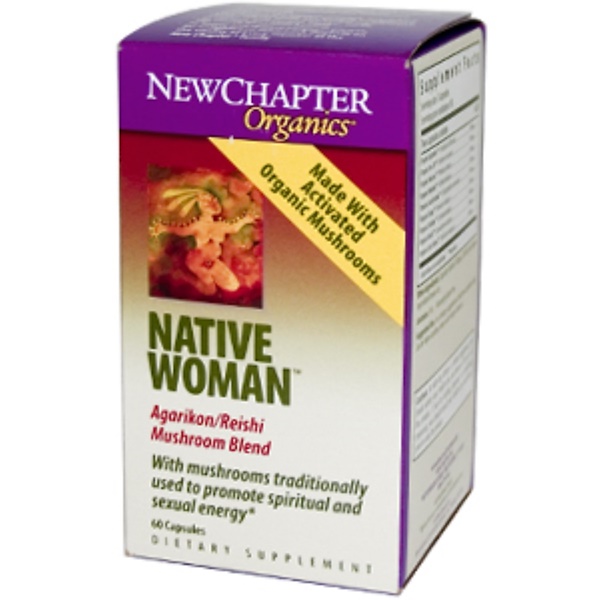 The First Century Greek physician Dioscorides included Fomitopsis officinalis (called Agarikon) in the Western World's first Materia Medica. Throughout Europe, this mushroom was known as '"elixirium as longum vitam," the elixir of long life. But before the Western World discovered this treasure, the Haida First Peoples of the Queen Charlotte Islands, in what is now British Columbia, understood its primal purpose: connecting a woman to her deepest sexual identity. The Haida called her "Raven," the female Creator spirit. She was adrift in her canoe, searching for genitalia in the sea of creation. Many creatures of the forest and sea failed to help her, but then she found Fomitopsis officinalis to steer her canoe. This mushroom guide took her to her sexual core, and thus was completed the creation of woman. New Chapter Activated Organic Mushrooms deliver revered traditional mushrooms in their organic mycelial form. New Chapter Activated Organic Mushrooms are the supreme expression of mushrooms' protective and holistic intelligence.

It All Starts with Certified P-Value

New Chapter Activated Organic Mushrooms are the finest traditional mushrooms grown anywhere in the world, and are commercially available mushrooms with a Certified P-Value. P-Value is a scientific term for the genetic integrity of the mushroom, assuring that the mushroom mycelium genetically replicates the original mushroom that gave it birth. Mushrooms not grown in such a rigorous potency-assured manner may be hundreds of generations distant from the purity of their genetic heritage, and thus may suffer genetic degeneration and a lack of vitality.

The enduring wisdom and force of the mushroom lies in its mycelium. Mycelia are the delicate life threads growing unseen in rainforest soil and wood, culturing organic matter and delivering probiotic nutrients to all trees and plants. Mycelia make up a living internet, connecting the ancient intelligence in the mushroom to all life on earth. Each New Chapter Activated Organic Mushrooms formula delivers proprietary strains of mycelium in their organic culturing media.

As a dietary supplement, take two capsules daily. Can be taken anytime, even on an empty stomach.

Our Native Woman capsules with organic ingredients are non-GMO, free of pesticides and contain both the mycelium and the underlying probiotic medium; no colorings, binders, or flavorings.