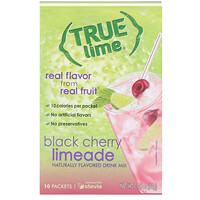 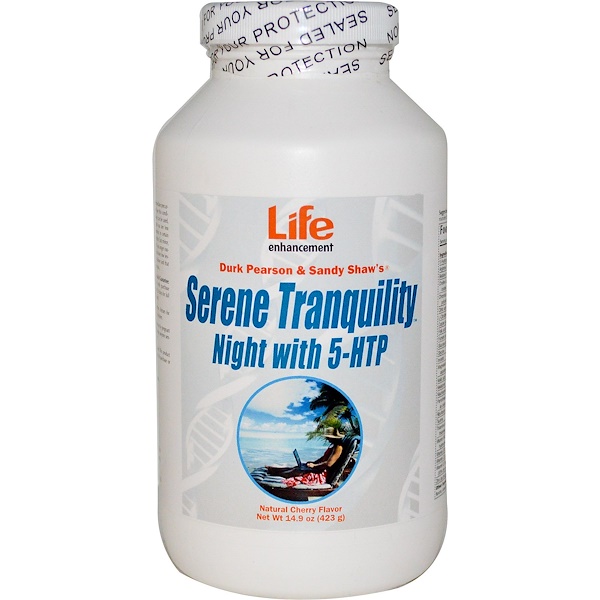 Serene Tranquility Night with 5-HTP is one of Durk Pearson & Sandy Shaw's new Serene Systems Designer Foods. *The 5-HTP used is Linnea Inc.'s impeccable plant extract, as precursor to the natural production of serotonin. This product also contains melatonin to support better sleep. The start-of-day mate to this functional food is Serene Tranquility Day with 5-HTP, which contains all the other ingredients but not melatonin.

Serene Systems Designer Foods are made with delicious, all-natural flavors and an array of functional sweeteners. They also include other precursors and cofactors, including L-arginine, choline, vitamin B5, vitamin B6, L-citrulline, along with select vitamins, minerals, and other nutrients.

These ingredients further enhance the efficiency with which serotonin is produced and also foster the production of nitric oxide, which acts as a natural serotonin reuptake inhibitor, thereby further improving serotonergic function. Together, the ingredients in these products help to support a Quiet Mind for enhanced daytime functioning and better sleep.

Which formulation is for you? Because some people have low levels of an enzyme that promotes the production of serotonin from tryptophan, the 5-HTP formulations are better for them, because 5-HTP is the immediate precursor to serotonin. If you don't have this condition, the tryptophan formulation can be used, with the added advantage that you are less likely to produce excess serotonin in certain tissues. This can cause undesirable, but minor, effects, such as a stuffy nose. If you anger easily, this could be a sign that you have low levels of the enzyme referred to above and that the 5-HTP formulations are for you.

Safety-sealed for your protection. Return for replacement if the outer seal is broken.

Store in a cool, dark, dry place. This product should be used within 2 years of purchase or within 1 year after opening.