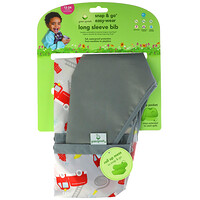 By Muscletech
| Write a Review 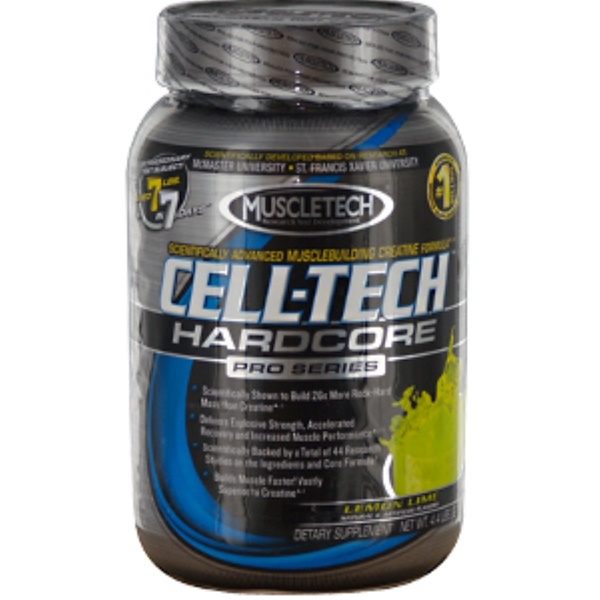 By Muscletech
| Write a Review 0 & 0
Out of Stock
- Discontinued

What Is Cell-Tech Hardcore Pro Series?
‡‡Creatine has been shown in numerous published studies to significantly improve strength, power, recovery time and increase lean muscle mass. However, as good as creatine is on its own, research has shown that it can be made to work even better. After extensive research and development, including testing, Team MuscleTech researchers engineered Cell-Tech Hardcore Pro Series - an advanced musclebuilding creatine formula with powerful core ingredients shown to be scientifically superior and build muscle significantly faster than creatine alone.‡ This exclusive, patent-protected formula delivers vastly superior results by rapidly saturating your muscle cells with ultra-pure, highly potent creatine unlike anything else available. Cell-Tech Hardcore Pro Series is designed specifically for elite bodybuilders and athletes who want to pack on muscle and strength, fast!

Based on Rock-Solid Research at Leading Universities
A portion of every single dollar spent on MuscleTech supplements goes back into supporting its research and development efforts, which includes funding clinical research, reviewing third-party scientific studies and consulting with leading university researchers. As such, Team MuscleTech researchers examined hundreds of scientific studies looking for the most powerful musclebuilding and creatine-accelerating ingredients available. The key ingredients found in Cell-Tech Hardcore Pro Series and its core formula are supported by a total of 44 scientific studies! Groundbreaking research was conducted at multiple institutions, including McMaster University and St. Francis Xavier University. This exhaustive scientific investigation led to important discoveries, including one that other supplement companies don't want you to know about: the discovery of a truly effective means of transporting creatine into muscle cells where it is needed most to build muscle and strength. With the exclusive Cell-Tech Hardcore Pro Series delivery system, each serving rapidly triggers critical musclebuilding physiological elements to drive a mega-dose of creatine into your muscle cells.

Laboratory-Tested, HPLC-Certified Creatine & Dextrose for Rapid Muscle Gains
A core element of the musclebuilding machinery driving the Cell-Tech Hardcore Pro Series formula is derived from HPLC-certified creatine featuring Micro-Diffuse Technology. HPLC is a biochemical analytical method used in lab testing to identify components of a compound and test for purity. To force the 10,000 mg monster-dose of ultra-potent creatine into your muscle cells where it triggers muscle growth, each serving is formulated with a precisely dosed 75 grams of laboratory-tested, HPLC-certified dextrose. This is the same amount globally recognized and used by the medical community to assess the efficiency of insulin in human subjects. A high dose of dextrose works to increase plasma glucose concentration, spike serum insulin levels and drive cellular creatine delivery and absorption. Plus, each powerful serving of Cell-Tech Hardcore Pro Series includes a potent 200-mg dose of Alpha Lipoic Acid.

Day 6 and Beyond: Take 1 serving immediately after your workout. If you are not training that day, have your serving in the morning when you wake up.

Note: To maintain product freshness, store in a cool, dry place. This product is sold by weight. Some settling may occur. Shake container before use.

Visit Manufacturer's Website
iHerb Customer
An iHerb Customer has completed a transaction, and has accepted the Terms & Conditions
Please confirm your identity