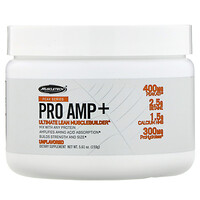 By Muscletech
22 Reviews | Write a Review 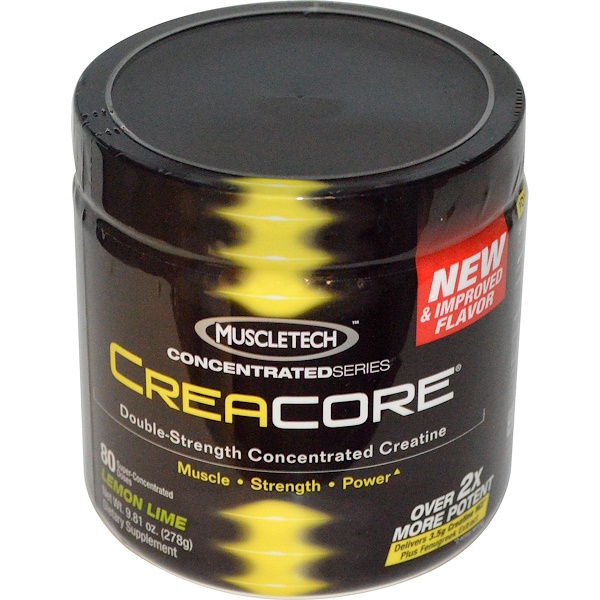 CreaCore represents the evolution of the concentrated creatine powder. Dosed with over 2x more creatine HCl per scoop, CreaCore is also the first and only creatine formula to utilize a scientifically studied dose of fenugreek extract for improved effects. Don't just take any creatine, choose one with superior ingredients. Choose CreaCore.

Unlike the other concentrated creatine powder that recommends a "micro-dosing" protocol that can have you taking up to 4 scoops a day. CreaCore delivers more creatine HCl in just 2 concentrated scoops. Not only does every bottle of CreaCore deliver more value, it also delivers results supported by scientific research.

CreaCore is formulated with a precise ratio of creatine and fenugreek extract (3500 mg:900 mg). In a 2011 published clinical study, subjects supplementing with this combination significantly increased their bench press one-rep max, leg press one-rep max and lean mass - all without having to add extra carbohydrates.

Researchers believe that ingesting fenugreek in combination with creatine may be an effective way for improving creatine uptake similarly to dextrose, without having to ingest large amounts of simple carbohydrates.

Super Concentrated Formula - No Cycling, No Loading and No Bloating

CreaCore is manufactured according to cGMP standards, as is required for all dietary supplements.

Mix 1 serving (1 scoop) with 6-8 oz of water once daily. For full effects, mix 2 scoops with 12-16 oz of water. On workout days, consume immediately after your workout. Read the entire label before use and follow directions provided. As with all creatine products, maintain an adequate state of hydration during use.