By Xlear
Click to zoom
This product is Discontinued. We recommend trying the following: Xlear, XyloSweet, All Natural Xylitol Sweetener, 1 lb (454 g) 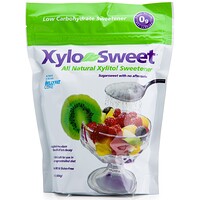 By Xlear
69 Reviews | Write a Review 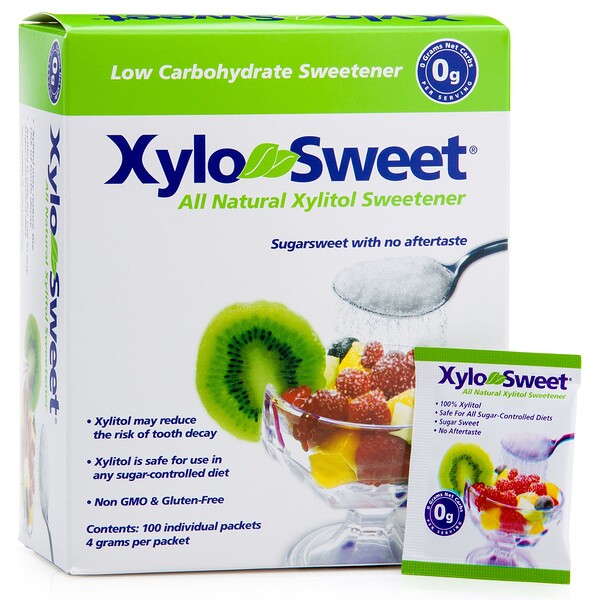 Xylitol is a natural sweetener derived from the fibrous parts of plants. Similar in taste to regular sugar, but with a significant difference-xylitol has a low glycemic index and is low in calories. Additionally, xylitol has a natural, cooling and moisturizing effect. The xylitol molecule contains only 5 carbon atoms rather than the 6 of most other sugars. This molecular difference is the key to xylitol's beneficial qualities.

XyloSweet has all the sweetness of common sugars, yet has 40% fewer calories. XyloSweet is an ideal alternative sweetener in foods prepared for weight loss or for anyone concerned about the overuse of sugar in their diet.* But XyloSweet's low calorie sweetening characteristics are only the beginning of its nutritional story.

XyloSweet can be substituted for most common sweeteners without compromising taste or texture. Unlike so many other sugar alternatives, XyloSweet does not have any after-taste and XyloSweet is metabolized without insulin, so it creates a significantly lower glycemic effect when eaten. Regular sugar has a glycemic index score of 85 to 100 compared to XyloSweet's glycemic index of only 7. This is great news for anyone who has to control their sugar consumption and choose foods low in glycemic effects.

Xylitol has been studied extensively and has shown some unique health benefits. Additionally, xylitol has natural cooling, moisturizing and other health-promoting effects. This has led to the addition of xylitol in dental and health-care products like the Spry Dental Defense System and Xlear Nasal Spray. Talk to your dentist or dental hygienist about how XyloSweet can play an important role in improving your overall health.

*Xylitol requires a brief period of tolerance adjustment. It is suggested that XyloSweet be used in gradually increasing portions over a period of three to six weeks before it is entirely substituted for common sugar.

When cooking, replace sugar with XyloSweet in equal measurements. XyloSweet is heat-stable for cooking and baking, it also mixes and dissolves just like common sugar.**

**XyloSweet will not cause breads and pastries to rise and is not a good choice for hard candies since it will not crystallize when heated. Xylitol is not recommended for sweetening juices and instant beverages that require large amounts of sweetener.

100% pure xylitol - No fillers, flow agents or other additives.

This product is filled by weight, not volume. Contents may have settled during shipping.