Understanding Magnesium’s Role in the Brain and Mental Health Benefits 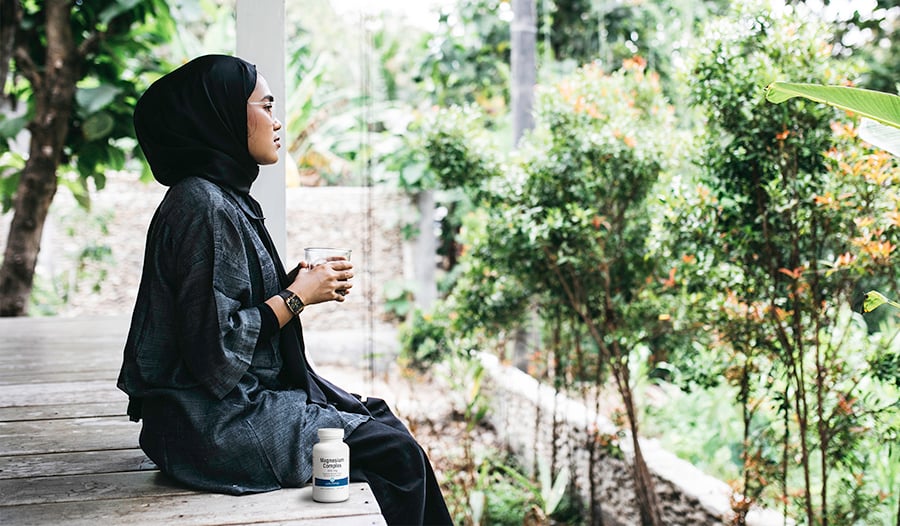 The Function of Magnesium

Out of all the minerals needed to maintain health, magnesium should not be overlooked. The body uses magnesium in numerous ways. It plays a role in muscle function and nerve transmission and acts as a catalyst in over 300 enzymatic reactions.

The Function of Magnesium in Cognitive Health

Considering the numerous functions of magnesium in the body, it should be no surprise that magnesium plays a role in mental health. Evidence suggests magnesium levels inside brain cells correlate directly with energy production. When brain cells fail to produce proper amounts of energy, magnesium levels are often low. This may directly impact cases of migraine since low levels have been found in patients during migraine attacks. Like vitamin B2 (riboflavin), CoQ10, and melatonin, research has also found a reduction in migraines with magnesium supplementation.

Serotonin is generally thought of as the "feel good" neurotransmitter. Most standard antidepressant medication targets serotonin, blocking its reuptake to increase serotonin levels.

However, other approaches can also impact serotonin function. Magnesium has been shown to enhance serotonin activity. On the flip side, serotonin levels are known to decrease when magnesium is deficient.

GABA is the primary neurotransmitter that slows down brain activity. For individuals who are stressed or anxious, increasing GABA activity can be helpful. Interestingly, magnesium directly activates a subset of GABA receptors. This may help provide anxiolytic effects by slowing down overactive brain function.

While less familiar than serotonin and GABA, the excitatory neurotransmitter glutamate has been hypothesized to play a role in numerous mental health conditions, including depression, anxiety, bipolar disorder, schizophrenia, and obsessive-compulsive disorder. Glutamate increases neurotransmission by increasing calcium levels inside brain cells. This puts brain cells on a "hair trigger," so they fire more frequently. If glutamate is excessive, too much calcium can flood the cell causing "excitotoxicity" and cell death.

And here again, magnesium can potentially play another vital role in mental health and brain function. Magnesium acts as a break on glutamate activity. When magnesium is present in significant amounts, it has been shown to prevent excitotoxicity from excess glutamate.

Research is starting to unravel other ways magnesium may help protect the brain. Along with reducing excitotoxicity, magnesium has direct anti-inflammatory effects and improves antioxidant status.

These neuroprotective effects have proven to be a safe and cost-effective way of preventing brain damage in at-risk preterm infants. The World Health Organization recommends intravenous magnesium to reduce or prevent brain damage and disability in children born too early.

While understanding how magnesium affects the brain is essential, it's still worth asking if the effects are significant enough to help with specific mental health conditions. Fortunately, research is slowly bearing out potential clinical benefits for several mental health conditions, including depression, anxiety, ADHD, and Alzheimer's disease.

Some of the latest research suggests that depression is correlated with low magnesium status, although the relationship is hard to nail down. Detecting magnesium deficiency is fraught with challenges since the standard test, serum magnesium is not accurate in all cases of deficiency. Most magnesium is stored inside cells, and checking blood levels does not always correlate to an individual's magnesium status. While a review of the research on magnesium deficiency and depression suggests a potential link, more research is needed due to the variability of the studies.

Another small trial in treatment-resistant depressed patients found intravenous magnesium to be helpful. As serum levels of magnesium increased, symptoms of depression improved. A separate pilot trial administered probiotics combined with magnesium in patients already on antidepressants. Two-thirds of patients responded with significant improvements in depressive symptoms after eight weeks. While not conclusive, one study found that magnesium combined with vitamin B6 may be more effective for mood symptoms in "highly stressed individuals" than magnesium alone.

More recent trials have continued to suggest improvements in depression with magnesium supplementation. One of the larger trials with over a hundred patients concluded that "Magnesium is effective for mild-to-moderate depression in adults. It works quickly and is well tolerated without the need for close monitoring for toxicity."

Stress has become a regular component of modern life. As such, numerous individuals struggle with stress and anxiety. Estimates suggest that over 15% of people worldwide will have an anxiety disorder throughout their lifetime.

And like with depression, the data suggest that magnesium may be helpful for anxiety symptoms. Unfortunately, the current data for anxiety is significantly less robust than the data for depression. One of the most recent reviews found that four of the eight published studies on anxious individuals, one of two studies in patients with high blood pressure, and four of seven studies on anxiety combined with premenstrual syndrome showed beneficial responses to magnesium treatment. At the very least, the data suggests that there is a subset of individuals with anxiety in which magnesium supplementation may be helpful.

Attention deficit hyperactivity disorder, or ADHD, also appears to have links to magnesium. A recent review of the published research found a potential association between low magnesium levels and ADHD symptoms.

One of the first studies on ADHD and magnesium in children supplemented magnesium over a six-month trial. In the study, hyperactivity was significantly reduced with magnesium treatment. Another trial combined magnesium with vitamin B6 and found benefits for reducing ADHD symptoms.

More recently, a study on magnesium threonate, a form of magnesium known to more effectively reach the brain, found benefits for adult ADHD. In the small study, almost half of the adults had a significant treatment response with magnesium threonate supplementation.

Interestingly, the most recent trial of magnesium for ADHD combined it with vitamin D. Over eight weeks, children with ADHD had significant improvements in both emotional and conduct problems, peer interactions, socialization, and total difficulties.

Alzheimer's disease is a devastating illness. As Alzheimer's progresses, it slowly strips away an individual's memory and ability to function. Unfortunately, current medications do not slow disease progression. As such, some research is turning to early treatment and prevention.

While the research is still in its infancy, there are already suggestions that magnesium could help prevent dementia. Early research suggests that magnesium may help clear brain toxins and decrease brain inflammation, both implicated in dementia progression.

Even more directly, animal studies suggest that magnesium may help ameliorate the underlying pathological signatures of Alzheimer's disease. In Alzheimer's, brain plaques and tangles build up over time, killing brain cells and disrupting normal brain function. Magnesium appears to help block the formation of both plaques and tangles when present in high enough quantities.

Although human research is limited, an open-label study in 15 patients with mild to moderate dementia found benefits from magnesium. In the study, patients were given magnesium threonate for four months. Throughout treatment, brain metabolism and overall cognitive function significantly improved.

While more human studies are needed to better understand the utility of magnesium for preventing dementia and cognitive decline, the initial basic research is promising. Combined with the safety of magnesium supplementation and the high rate of magnesium deficiency in the population, magnesium may be a useful tool for helping to promote "brain longevity."

Low magnesium results in poor antioxidant status and low-level chronic inflammation when deficient. Research suggests that maintaining adequate levels could play a significant role in long-term health. Some researchers have even hypothesized that low magnesium may contribute to aging, suggesting that adequate magnesium could have "anti-aging effects."

For brain health, some initial studies suggest that magnesium threonate may even be more effective at crossing into the brain. As such, magnesium threonate could have some additional advantages over other forms, although more research is needed to know for sure.

Magnesium is an important mineral with numerous effects throughout the body. Due to several mechanisms, the mineral is also essential for supporting and maintaining brain health. Evidence is beginning to suggest that for some mental health conditions and for helping to prevent dementia, supplementation may have a role to play. Hopefully, with further research, we can get an even better understanding of the utility of magnesium for mental health.

Previous Article
A Quick Guide to Selenium
Next Article
What Is GABA? Here's Why This Supplement Has Been Tied to Better Sleep

Magnesium For Your Health and Wellness

The Top Ten Uses of Magnesium

Magnesium is second only to potassium in terms of concentration within the individual cells of the body. The functions of magnesium primarily revolve around its ability to activate many enzymes.

Up to 75% of the world consumes inadequate amounts of magnesium. A doctor discusses common symptoms of magnesium deficiency, from muscle cramps to migraines.