Your First Line of Defense Against Viral Infections 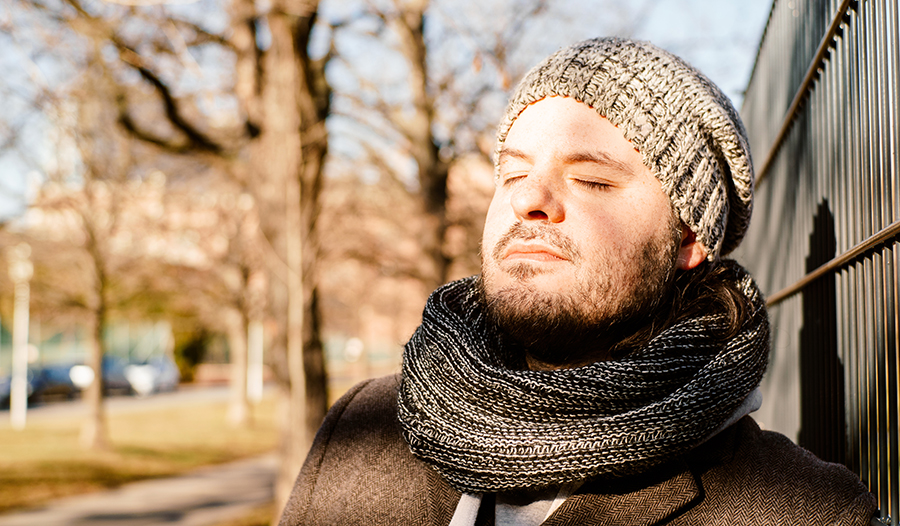 The Importance of the Mucous Membranes in Our Airways

In order for any virus to infect the throat, sinuses, airways, or lungs it must first pass through or enter the body through the mucous membrane. It is the first barrier to infection; the immune system is the second line of defense. There are two routes for a virus to enter the lungs and cause serious damage. The primary route is through the respiratory tract, the other is through the gastrointestinal tract.

The respiratory tract mucous membrane that lines our airways is the first line of defense against viral infection. It consists primarily of cells known as ciliated epithelial cells. These cells have their external surface covered by hair-like structures called cilia. The cilia are formed into bundles and act like brushes to move the respiratory tract secretions, microorganisms, and debris up and eventually out the nose or mouth. On top of the ciliated epithelial cells are two layers of mucus. The mucus is produced by another type of epithelial cell called a goblet cell. A thinner version of mucus lies intermixed with the cilia bundles while a thicker layer sits on top of that layer. The mucus is composed of mucin, which refers to a network of proteins complexed with sugars.

The mucous membrane and mucus are specially designed to protect against any microorganism or particles from getting into the lungs. Inside the lungs are specialized epithelial cells that do not have cilia. Nor are there goblet cells in the lungs. In the lungs, there are only very thin epithelial cells, connective tissue, and blood capillaries all designed to perform the function of delivering oxygen to the blood and exchanging it for carbon dioxide. When particulate matter or microorganisms make it to the lungs it is a very serious situation as there is very little protection there. The importance of the health of the mucus and the lining of the airways in preventing viral infection cannot be overstated as conditions associated with poor functioning of this line of defense is associated with an increased risk of more serious infection.

Preventing the Gastrointestinal Route of Infection

The secondary route of a virus entering the body is through the gastrointestinal tract. Within the GI tract, there are a number of protective factors beyond the mucus lining. The most notable additions are digestive secretions such as stomach acid and digestive enzymes. The immune system structure in the gut is also much larger. If a virus is able to avoid these protective factors and infect the GI tract it is able to enter the bloodstream and also infect the lungs. Another factor that greatly increases the risk of the secondary route of infection is a lack of digestive enzymes. It is well established that pancreatic enzyme insufficiency is a major risk factor for all viral respiratory infections. In fact, enzyme replacement therapy is the key medical approach to reduce the risk of lung infections in these patients. Enzymes that digest protein, proteases, are able to digest not only proteins in food but also the proteins on the cell walls of the virus. Viruses contain proteins protruding from their cell membranes that play critical roles in the infection process. Without these proteins, the virus simply cannot enter human cells. Supplemental proteases are also effective in supporting the mucus barrier in the airways as well.

What Determines the Severity of Respiratory Infection?

Another factor that determines the severity of respiratory infection may be the ability of the virus to travel down the respiratory tract into the lungs. A respiratory tract viral infection generally starts in the nose and travels down the airways. The deeper it goes, the more serious or severe the infection. Remember the lung cells have little protection. During a viral infection of the lungs, not only are the lung epithelial cells damaged by the infecting virus but they are also damaged by the body’s immune response to the infection. If the response and clean-up by the immune system are quick, the infection can be contained and cleared in a few days. But if the immune response is either insufficient or overly aggressive, it can lead to significant damage.

How to Support the First Line of Defense

From the above discussion, it should be clear that the first step in supporting our host defenses against an respiratory infection or any organism that targets the respiratory tract is to support the production of an effective mucous barrier. Here are some key strategies:

Water is critical to the health of the mucous membranes. The mucin that the epithelial cells make is made “dry” otherwise there would not be enough space in the cell itself. Mucins are able to bind 1,000 times their weight in water. Without sufficient water, they are not able to grow. Remember grow toys? Those cheap little toys that get bigger after you leave them in water. That is how mucus is formed. So, sufficient water is critical to mucus function. Humidifiers may help keep the airways moist, but ensuring sufficient hydration from the inside out is critical to proper barrier function.

A deficiency of any essential vitamins and minerals can lead to an altered mucous barrier. The epithelial cells need a constant supply of nutrients in order to replicate properly as well as perform both their structural role as well as manufacturing role. It is not just mucin that these cells manufacture, they also manufacture many other protective substances critical in fighting off viruses and harmful organisms. Taking a multiple vitamin and mineral formula is crucial. Take one that provides at least the recommended dietary intake level for key nutrients like vitamin A, C, and D; B vitamins; and zinc as these nutrients are especially important. Since most multivitamins now contain beta-carotene as the vitamin A source, I would also recommend taking additional vitamin A in the form of retinol. This form has more direct anti-infective action.

Vitamin A was the first fat-soluble vitamin to be discovered, but that is not the only reason why it was called “A” – it was given the name to signify its “anti-infective” properties. Vitamin A is absolutely critical to the health and function of mucous membranes. Vitamin A deficient individuals are more susceptible to infectious diseases, in general, but especially viral infections. Vitamin A supplementation has been shown to produce significant benefits in improving immune function during viral infections, especially when fighting respiratory tract viruses.

Dosage ranges for vitamin A reflect the intent of use. During the cold and flu months to support the health of the mucosa and immune system, a dosage of 3,000 mcg (10,000 IU) for men and 1,500 mcg (5,000 IU) for women is safe. During an acute viral infection, a single oral dosage of 15,000 mcg or 50,000 IU for one or two days is safe as long as there is ZERO chance of pregnancy. Because high doses of vitamin A during pregnancy can cause birth defects, women of childbearing age should not supplement with more than 1,500 mcg (5,000 IU) of vitamin A per day. The same warning applies during lactation.

Vitamin D is also important to take a little extra of than what is typically found in a multiple vitamin and mineral formula. There is a growing body of science that shows low levels of vitamin D increase the risk of viral respiratory infections. Since we can make vitamin D in our skin when it interacts with sunlight, there is obviously a natural tendency for many people to make less vitamin D during the winter months. Supplementing the diet with additional vitamin D can help prevent this winter-time drop in vitamin D levels.

Certain protease enzymes have shown benefits in improving the composition, physical characteristics, and function of mucus. Proteases are often used in digestive formulas to aid in the breakdown of dietary protein. When taken on an empty stomach away from food, these proteases are absorbed into the bloodstream to exert systemic effects including effects on mucus.

The best-studied protease is mucolase - a special fungal protease with confirmed actions on respiratory tract mucus. One clinical study looked at the effect of mucolase on mucus in patients with chronic bronchitis. The patients were randomly assigned to receive either the protease or a placebo for ten days. While the placebo had no effect on the mucus, mucolase produced significant changes in both viscosity (thickness) and elasticity (stretchiness) at the end of treatment. In fact, the improved mucus structure and function was apparent up to eight days after the end of treatment.

In another ten-day double-blind study, mucolase was shown not only to improve the viscoelasticity of mucus, but also to reduce airway inflammation.  Other proteases like bromelain and serratia peptidase have shown similar effects. Mucolase, bromelain, and serratia peptidase decrease the thickness of the mucus while at the same time increasing mucus production as well as dramatically increasing the ciliary transport of the mucus. The net effect is the production of much more mucus that is effective in neutralizing microbes and moving them out of the body. In addition to enhancing the mechanical effects of mucus, proteases may enable special protective factors within mucus to more effectively neutralize invading organisms. Some of the protective factors secreted in mucus are secretory IgA, various white blood cell-derived protease inhibitors that block viruses, nitric oxide, and lactoferrin.

N-acetylcysteine (NAC) is a sulfur-containing amino acid that has an extensive history of use as a mucus modifying agent to support the respiratory tract. It is also used in the body to form glutathione – the major antioxidant for the entire respiratory tract and lungs. People who are exposed to smoke or other respiratory toxins, who suffer from conditions associated with inflammation such as diabetes, obesity, and other chronic conditions have lower levels of glutathione. NAC supplementation can boost glutathione levels and help protect the lungs and respiratory tract.

NAC is also a mucus modifying agent. NAC helps to reduce the viscosity of bronchial secretions. NAC has also been found to improve the ability of cilia in the respiratory tract to clear mucus, increasing the clearance rate by 35%. As a result of these effects, NAC can improve bronchial and lung function, reduce cough, and improve oxygen saturation in the blood when the respiratory tract is being challenged. To reduce the risk of infection and boost glutathione levels in the lungs, the dosage is generally 500 to 1,000 mg daily. For use in reducing mucus thickness, the typical dosage is 200 mg three to four times daily.

The “common cold” is the most common infection one can contract. There are over 220 viral strains that can cause cold symptoms. Rhinovirus is the most frequent, responsible for 50% of infections.

When it comes to staying healthy, the immune system is the body's first line of natural defense.

Common symptoms of a sore throat include redness, swelling, irritation, and scratchiness. While sore throat treatments depend on the cause, there are several natural approaches to take in the case of viral throat infections.