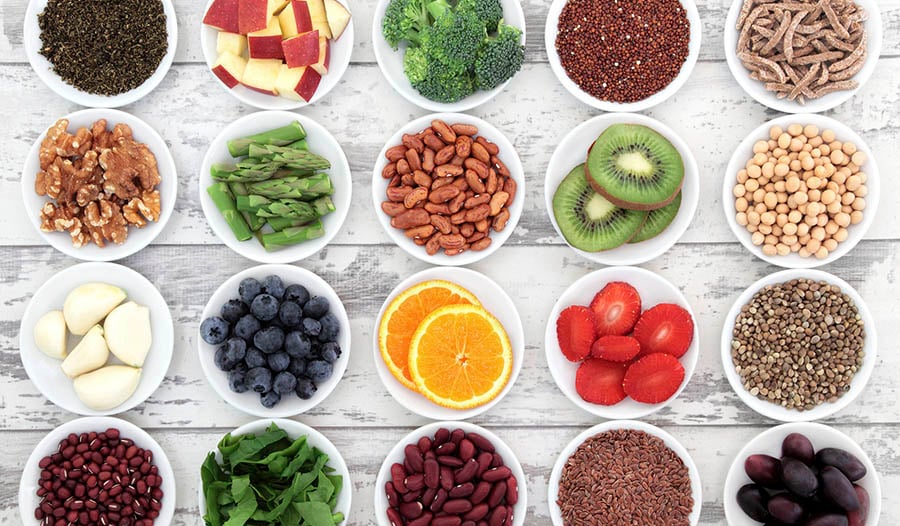 Protect yourself from daily toxins, environmental hazards, and even radiation exposure with this antioxidant-based health regimen.

…There’s no question that potassium iodide is indicated when someone is exposed to significant amounts of nuclear radiation…[However although] potassium iodide prevents radioactive iodine from accumulating in the thyroid gland, it won’t protect against the damaging effects of other radioactive particles.

…[More] common is daily exposure to various forms of low-level radiation. From microwave ovens to airport security scanners, there are radiation sources all around us. And that’s why it makes sense to take a proactive, “whole body armor” approach to protect against the cumulative effects of low-to-moderate radiation exposure.

In addition to the basic healthy regimen that most everyone should follow—a high-potency multivitamin/multimineral, a high-quality greens drink, and pharmaceutical-grade fish oil—I recommend some specific foods and a few supplements to help protect against background radiation. Useful foods include:

What to take as for supplements, I recommend taking a flavonoid-rich extract such as green tea, grape seed, Pycnogenol, or Ginkgo biloba at a dosage of at least 100 mg daily, but ideally 300 mg. Flavonoids appear to reduce the formation of clastogenic factors that appear in the blood of people exposed to radiation and may persist for over 30 years. These factors are associated with an increased risk of radiation-induced cancers. Chernobyl workers given ginkgo extract for 2 months had clastogenic factors disappear from their blood. The workers were followed for one year, and it was found that the anti-clastogenic effect persisted for 7 months in most cases. I believe that other flavonoid-rich extracts may offer the same sort of benefits and I would recommend their continued, indefinite use in anyone exposed to significant levels of radiation.

Lastly, I think it’s a good idea to take advantage of the adaptogenic and protective effects offered by such herbal tonics as Siberian ginseng, ashwagandha (Withania somnifera), Panax ginseng, and rhodiola (Rhodiola rosea). Though any one of these adaptogens would be useful on their own, I prefer combination formulas. Here are the levels of these three adaptogens that I prefer:

I generally recommend these formulas to help people experiencing chronic stress or adrenal exhaustion, but it is also a valuable everyday tonic to a better life. In particular, I love the research on Sensoril, a patented extract of ashwagandha. Sensoril works with the body’s natural biological systems to help restore balance and normalize body functions. Among other things, Sensoril:

* Helps counteract the negative effects of stress. * Increases resistance to fatigue. * Promotes improved sleep quality and higher energy levels. * Helps promote mental clarity and concentration. These are effects most of us could use during these stressful times.

Again, the real key is to be proactive in protecting your health against radiation rather than gulping down potassium iodide during a scare. A more comprehensive, rational approach will provide health benefits that last far longer than today’s headlines.

There’s no question that potassium iodide (KI) should be used in cases of significant radiation exposure. When used to counteract the effects of large amounts of radiation, the recommended dosage is generally quite high (130 mg), and KI’s benefits are very short-lived. Such high dosages in the absence of significant radiation exposure, however, can be harmful. Too much iodine (dosages in excess of 1,000 mcg per day) may inhibit thyroid hormone secretion, especially in individuals with hypothyroidism. Increased dietary intake of iodine is also associated with acne-like skin eruptions and other side effects.

So while it makes sense to have potassium iodide on hand in case of a nuclear catastrophe, regularly taking massive dosages is likely to do more harm than good. If you want to take KI preventatively, try a dosage of 150—300 mcg daily. Intake at these levels will likely saturate iodine stores in a much safer manner.

8 Antioxidants to Incorporate Into Your Diet

You’ve probably heard that you should be incorporating more antioxidants into your diet, but what exactly are antioxidants and where can you find them?

Clean Up Your Laundry Routine

Making more conscious choices about laundry products could not only lessen toxin exposure for you and your family but also may also have a more positive impact on the environment.

Alpha-lipoic acid (ALA) has long been used to promote good health, boost antioxidant protection, detoxification, and protect against aging.