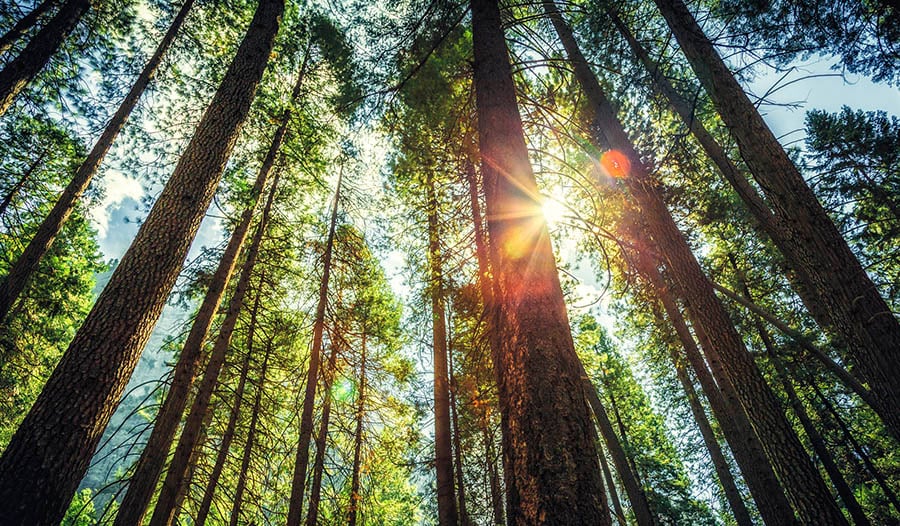 A potent antioxidant, pine bark extract was originally used by indigenous people of North America and Asia as a medicinal herb.  French expeditioner Jacques Cartier, who claimed Canada for France, reportedly used pine bark extract in 1535 during his expedition as a treatment for scurvy, a condition due to insufficient levels of vitamin C intake.

Today, Integrative Healthcare professionals have also realized the many health and anti-aging benefits of pine bark extract, which was first introduced into the United States as a dietary supplement in 1987. There are several formulas on the market, and it can be taken as a capsule, used as an essential oil, or mixed into a lotion and applied topically.

Pine bark extract (Pinus massoniana from Asia) is one of the most common formulations used while Pycnogenol® (Pinus pinaster ssp. Atlantica is from Europe) is a patented blend of this powerful nutrient.

Vitamin C (ascorbic acid) is a crucial antioxidant. A severe deficiency leads to scurvy, which results in bleeding gums, easy bruising, poor wound healing, fatigue, and general weakness. It is more common in smokers, the elderly, and in those with poor intake of fruits and vegetables. I have diagnosed two patients in my practice with scurvy over the years—it is more common than many healthcare providers realize. Pine bark extract helps the body regenerate vitamin C back into the active form in the body, preventing deficiency.

A cataract is caused when the lens of the eye becomes cloudy. Scientists believe oxidation is the main reason this occurs. Excessive sun exposure is a risk factor for developing cataracts. A 2017 animal study by Dr. J. Kim showed that pine bark extract could prevent the formation of cataracts. A diet high in fruits and vegetables that contain antioxidants is also beneficial.

Cardiovascular disease is the leading killer worldwide. Pine bark extract helps to lower bad cholesterol, which is believed to clog and block arteries while elevating good (HDL)  cholesterol. It also helps reduce chronic inflammation and prevent platelets from sticking together.

According to a 2015 study in Evidence Based Complementary and Alternative Medicine, pine bark extract helps prevent arteries from developing atherosclerosis, a precursor to a clogged artery. A 2012 study in the European Heart Journal showed pine bark extract could help improve overall health and function of arteries.

Varicose veins are a common problem that causes leg swelling. A 2015 study in the International Journal of Angiology demonstrated that pine bark extract at a dose of 100 mg per day for eight weeks could help improve circulation and reduce swelling.  A 2017 study in the same journal showed similar findings.

Worldwide, more than 422 million people have diabetes. Diabetes is diagnosed when a fasting blood sugar measures 126 mg/dl (6.99 mmol/L) or more. Also, a hemoglobin A1C of 6.5% or a random blood glucose over 200 mg/dl (11.1 mmol/L) is diagnostic of diabetes. Diabetes causes damage to the brain, nerves, tissues, eyes, heart, and kidneys. When blood sugar is elevated, the walls of the arteries become damaged (endothelial dysfunction), leading to blockage of arteries, stroke, or heart attack. Diabetes also increases the risk of cancer and Alzheimer’s disease.

A 2013 study found that subjects who took 150 mg per day of the patented form of French maritime pine bark extract or Pycnogenol® had their average blood sugar drop from 123 mg/dl to 106 mg/dl after three months and then down to 105 mg/dl after six months. More studies are needed.

As we age, memory decline is common. Preventing memory loss is crucial to optimizing health. A 2012 study showed improvement in memory in test subjects when a certain type of pine bark extract was given with vitamin C. Learn more about natural approaches to Alzheimer’s Disease.

Allergies and asthma cause significant issues including missed school and work.  Reducing allergy symptoms can improve quality of life. A 2013 study in Food and Chemical Toxicology showed pine bark extract could play a potential role. A 2011 study by Dr. G. Belcaro concluded, “Pycnogenol® administration was effective for better control of signs and symptoms of allergic asthma and reduced the need for medication”.

Chronic Obstructive Pulmonary Disease (COPD) is a chronic lung disease caused primarily by tobacco use. Millions are hospitalized each year for complications. A 2016 study by Dr. Shin concluded that pine bark extract could be a potential treatment for COPD while a 2017 study showed those with COPD could slow progression with pine bark extract.

Osteoarthritis (OA) results from destruction of cartilage within joints. It is estimated that more than 250 million people are affected worldwide. As one ages, the protective cartilage which covers the joints wears out, resulting in pain and swelling with movement. In an attempt to avoid prescription medications, which have potential side effects, many choose natural arthritis supplements to reduce arthritis-related pain. Pine bark extract is one alternative.

A 2017 study in the British Journal of Sports Medicine  supported pine bark extract as an effective option for arthritis-related pain. Another 2017 study in the Journal of Medicinal Food concluded, “ Because of its favorable safety profile and sustained anti-inflammatory action, French maritime pine bark extract or Pycnogenol® represents an option as an add-on supplement for OA patients”.

Fertility issues are a concern for many couples. Low sperm count and poor sperm quality are common reasons a couple is unable to conceive. Treatment for infertility-related issues by specialists can cost tens of thousands of dollars. A 2015 study from Italy showed French maritime pine bark extract or Pycnogenol® and L-arginine could improve the quality of sperm.

Pine bark extract helps protect skin while helping the body to rebuild tissue. Its strong antioxidant power can help protect against ultraviolet sunlight damage and be applied topically to the face. Antioxidant properties help protect the collagen and elastic tissue from oxidative damage, the primary cause of skin aging.

Wounds are common in those with poor circulation and in those with diabetes. When applied topically, studies have shown Pycnogenol can help improve wound healing. It may also help minimize scarring. A 2017 study in Ostomy Wound Management, using diabetic rats showed that wounds healed faster when topical Pycnogenol was applied to the lesion.

Dark spots on the skin due to sun exposure and pregnancy is common. A study out of China showed 80 percent of the patients had a reduction in abnormal skin coloring while applying topical pine bark extract.  A 2016 study also showed that pine bark extract could also help reduce unwanted skin pigmentation spots.

When applied topically and taken orally, pine bark extract has been reported to help reduce psoriasis lesions. A 2014 study in Panminerva medica supported this. Fixing a leaky gut issue is also important in those who have psoriasis.

Keeping the immune system strong is not only important when it comes to preventing infection but also helps prevent autoimmune diseases. Pine bark extract helps optimize the immune system according to an article in Nutrition Research and Practice

There are various supplements and beauty products along with the patented formulation of French maritime pine bark extract or Pycnogenol® on the market that allow one to realize the benefits of pine bark extract. Here are three ways to take it.

There are no known safety issues with pine bark extract. However, it is always advised that pregnant woman and small children consult with their healthcare provider before taking any supplements. Also, if you are on blood thinners, consult with your physician first.

French maritime pine bark extract or Pycnogenol® is a very safe and effective antioxidant that should be considered with any routine vitamin and supplement regimen. Consuming generous servings of fruits and vegetables is an important way to load up on disease protecting anti-oxidants. I frequently tell patients that supplements are just that, a supplement—they are not to be considered "replacements" for healthy lifestyle choices.  Pine bark extract is a good option when one is trying to avoid a variety of negative health conditions.

Phytosomes are advanced forms of herbal products that are better absorbed, utilized, and as a result produce better results than conventional herbal extracts.

Learn about the benefits of milk thistle extract and how it can improve liver health.