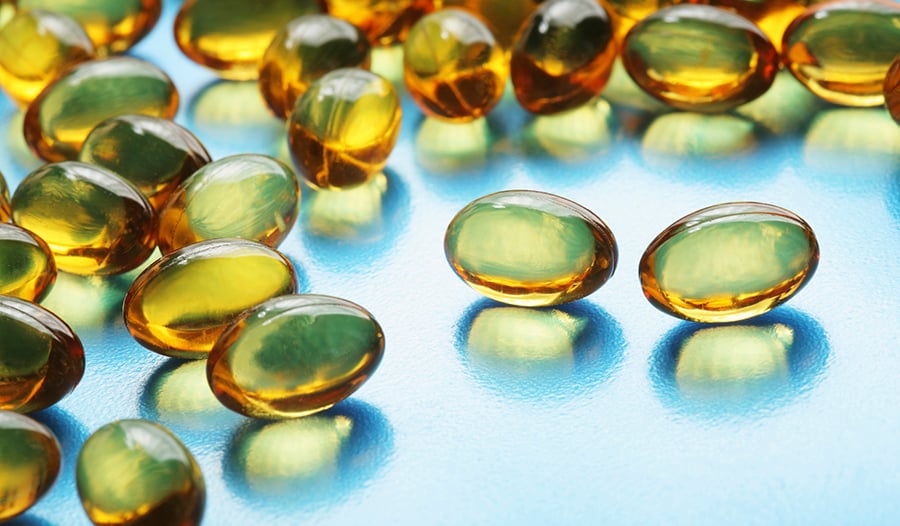 What if in the treatment of depression, physicians quit relying on manipulating brain chemistry with drugs and focused instead on supporting brain chemistry? Based on the results of a new study with fish oil supplementation conducted at the University of Pittsburgh, it seems that fewer college students would be depressed or need to be on antidepressant drugs.

Depression is a big issue in college students. According to recent surveys, 30% of undergraduate students have felt so depressed that it hindered their ability to function and 6% seriously consider suicide in the preceding 12 months. Given the relative ineffectiveness and possible adverse reactions to prescription antidepressant drugs, it is important to help these young adults with proper nutrition and supplementation. After all, you don’t become depressed because you are lacking Prozac or other antidepressants, but if you are lacking in something as essential as the long-chain fatty acids from fish oils, it could be a major cause of depression.

Fish oil supplements concentrated for the long-chain omega-3 fatty acids EPA and DHA that are free from lipid peroxides, heavy metals, environmental contaminants, and other harmful compounds have revolutionized nutritional medicine. A huge body of scientific evidence now shows that fish oil supplementation can prevent or benefit over 60 different health conditions, including depression and other brain-related disorders.

Studies have also reported that countries with high rates of fish oil consumption have low rates of depressive disorders.

The importance of omega-3 fatty acids to brain function relates to their role in the phospholipid composition of nerve cell membranes. Studies have shown that EPA and DHA influence:

Fish oils concentrated for EPA and DHA have been shown to have positive effects for patients with depression and bipolar disorder (manic depression) when given at recommended dosage levels (e.g., 1,000-3,000 mg EPA+DHA), but these studies have primarily focused on older adults and typically have been in patients also taking a prescription antidepressant drug.

To evaluate the effects of fish oil supplementation in younger adults with depression, a double-blind study was conducted in 23 subjects (78% female) with an average age of 20 years. These subjects had significant depression as evident by a score of greater than 10 on a standard diagnostic questionnaire (Beck Depression Inventory [BDI]) and were NOT taking an antidepressant drug. The subjects were randomly assigned to a placebo (corn oil) or fish oil group (1.4 g EPA+DHA) of eicosapentaenoic and docosahexaenoic acids). The BDI was completed prior to supplementation and again on day 21.

Results demonstrated that there was a significant difference in depression status between groups. In those taking fish oils, 67% of the subjects no longer met the criteria for being depressed, while only 20% in the placebo group were no longer depressed.

These results are quite significant and show that low dosage fish oil supplementation can produce very quick results in boosting mood. Despite the impressive results, my dosage recommendations for fish oils when being used for therapeutic purposes is 3,000 mg EPA+DHA. That dosage level would have produced even better results based upon previous studies in older subjects.

In addition, over the past few years, I have featured several newsletters highlighting studies that reflect nutritional approaches for improving mood, brain health, memory, and/or the prevention of age-related mental decline. Here are the key areas of focus: reduce inflammation, control blood sugar levels, provide necessary building blocks with super nutrition, and protect the brain from damage by consuming antioxidants from the diet and through supplementation.

In regards to diet, the Mediterranean or New Nordic Diet looks to be very helpful. In regards to supplementation, in addition to fish oils, there are three other primary recommendations:

#1. Take a high-quality multiple vitamin and mineral supplement providing at least the recommended dietary intake for all vitamins and minerals.

Fish Oil Vs. Omega-3: Which Is the Better Supplement Option?

From fish oil to plant-based sources, a physician discusses the many forms of omega-3s and helps you choose a high-quality supplement that’s right for you.

Fish Oil vs. Krill Oil: Which is Best for You?

Unsure of which omega-3 supplement to take? Dive deep into fish oil's and krill oil's benefits for optimal health!

Melatonin is a natural hormone created by the pineal gland in the brain. A licensed physician discusses how it may help with sleep as well as benefit other health conditions.