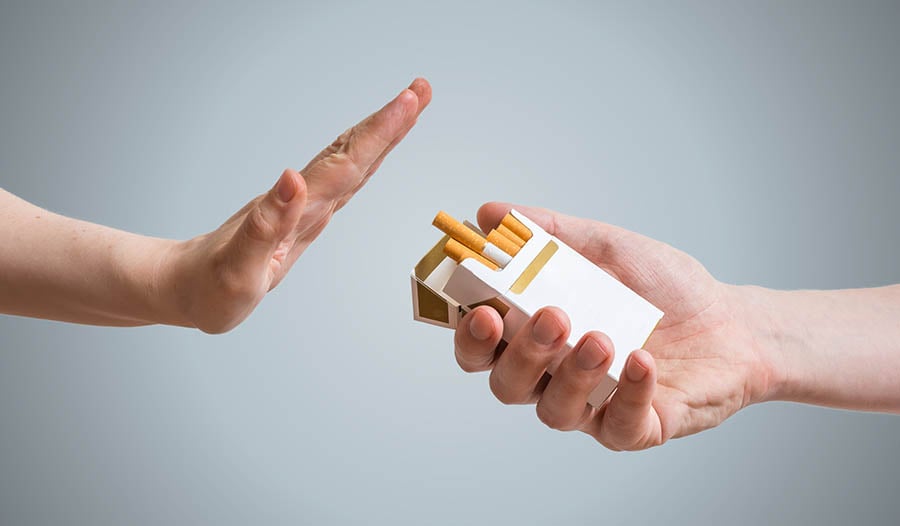 You’ve heard it before, but to put it simply, if you want good health, you must stop smoking!

And the sooner the better. In fact, if you quit smoking now, it’s possible for you to reduce your cancer risk to the same level as people who have never smoked. Studies have found that 10 years after quitting, an ex-smoker’s risk of dying from lung cancer is 30–50 percent less than the risk for those who continue to smoke. After 15 years, an ex-smoker’s risk is almost the same as that of a person who never smoked.

The best natural choices to help kick the habit appear to be PharmaGABA and L-theanine, perhaps because they have the ability to address some of the biochemical changes in the brain that occur due to chronic nicotine use.

PharmaGABA: GABA (gamma-aminobutyric acid) is a natural calming agent and neurotransmitter. Chronic nicotine use dampens GABA’s effect on the reward center in the brain, leading to a desire to smoke. PharmaGABA is a special form of GABA that’s derived from Lactobacillus hilgardii—the bacteria used to ferment vegetables in Korean kimchi.

Studies with PharmaGABA have demonstrated an ability to promote calmness while improving focus and clarity. Once ingested, it binds to the body’s GABA receptors, leading to activation of the parasympathetic nervous system. This arm of the autonomic nervous system is responsible for producing the “relaxation response,” a physiological state that is in direct contrast to the “fight or flight” response. Within 5–30 minutes after ingestion, PharmaGABA’s effect on the parasympathetic nervous system is measurable. It has been shown to produce relaxation and to reduce markers of stress.

PharmaGABA has been assessed as a smoking cessation aid in one small Japanese study. The results were impressive, as subjects taking 100 mg twice daily experienced significantly less anxiety and a decreased desire to smoke compared to the control group.

L-Theanine is an amino acid found in tea, especially in green tea. Like PharmaGABA, L-theanine has been shown to reduce stress. It also helps improve sleep, diminish symptoms of PMS, and heighten mental acuity. These benefits are related to L-theanine’s ability to increase GABA effects within the brain.

L-theanine is emerging as a popular ingredient in functional foods, beverages, and supplements designed to produce mental and physical relaxation without drowsiness.

Studies that have tested the amino acid’s promise as a smoking cessation aid have actually put L-theanine directly into cigarette filters. While the results were encouraging, I see no real advantage of delivering L-theanine this way. It should work just as well when taken as a supplement.

The recommended dosage for either PharmaGABA or L-theanine is 100–200 mg, two to three times daily. No adverse effects or drug interactions occur with the use of either product at these—or even higher—levels.

As for which product to choose, it seems that some people respond better to one or the other. I would start with PharmaGABA, and if you don’t see results within 3–4 days, try switching to L-theanine. There doesn’t seem to be any value in taking them together.

If you quit smoking now, it’s possible for you to reduce your cancer risk to the same level as people who have never smoked.

Understanding your genetic clock and how to slow it down. For many years, it was thought that cells were immortal if provided an ideal environment. That belief was discarded in the early 1960s when Leonard Hayflick, PhD, observed that human fibroblasts in tissue culture wouldn’t divide more than about 50 times. Hayflick found that if he froze the cells after 20 divisions, they would “remember” that they had 30 doublings left after they thawed.

4 Consequences of More Screen Time + What To Do About It

A doctor discusses optimal ways to approach online distance learning with children and adolescents, and the potential impact of too much screen time.

8 Antioxidants to Incorporate Into Your Diet

You’ve probably heard that you should be incorporating more antioxidants into your diet, but what exactly are antioxidants and where can you find them?