What is SIBO? And What can Help Support Gut Health? 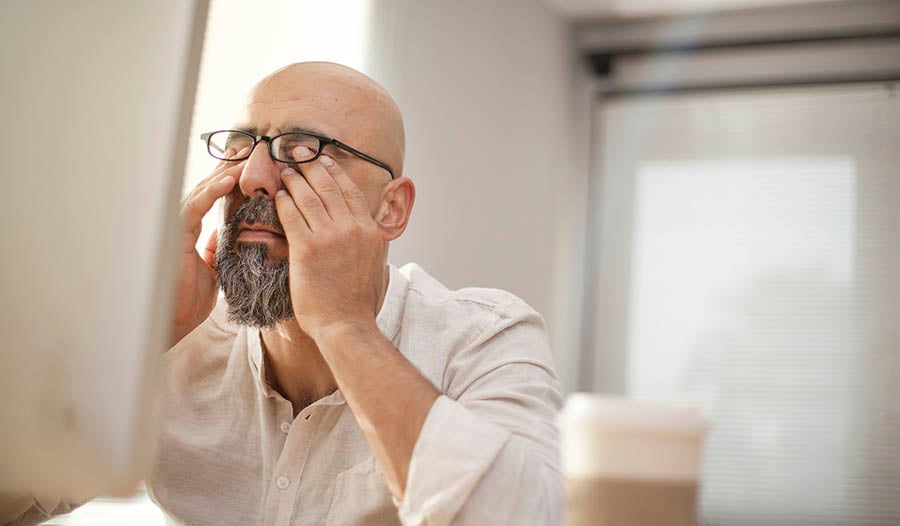 Small intestinal bacterial overgrowth (SIBO) may seem like a new condition, but I first wrote about it over 35 years ago. At the time, in the early 1980s, there was a lot of focus on the overgrowth of Candida albicans in the intestinal tract as a factor in a complex set of symptoms. Yet, I noticed that many of the patients I was seeing had these symptoms, but no evidence of candida being out of control. Something else had to be responsible for their symptoms and an overgrowth of bacteria in the small intestine seemed like a very good explanation. In the last 10 years or so, SIBO has become a big buzzword in research and on the internet. Fortunately, there are effective answers.

The stomach and small intestine are designed to be relatively free of microorganisms. The reason should be obvious, the presence of microorganisms overgrowing in the small intestine would set up a scenario where they start utilizing various nutrients before they have had a chance to be absorbed. The result is fermentation of carbohydrates and putrefaction of proteins. This can produce a lot of gas as well as digestive symptoms that resemble the irritable bowel syndrome (IBS) as well as some additional accompanying symptoms. IBS is associated with some combination of:

With SIBO, there are often other associated symptoms including:

How is SIBO Diagnosed?

The primary way SIBO is diagnosed clinically is via breath testing. The test involves the patient ingesting a dose of either glucose or lactulose, then breathing into a collection bag every 20 minutes for measurement of hydrogen and methane. Normally these gases are not expired in high amounts, but with SIBO their levels can be quite high. Of the two sugars for testing, glucose usually gives more meaningful results, but only represents bacterial overgrowth in the first portion of the small intestine. Lactulose is more helpful if the overgrowth occurs in the ileum, the last part of the small intestine.

The diagnosis of SIBO via breath testing is given if the patient expires greater than normal levels of either hydrogen or methane. SIBO can be hydrogen dominant, methane dominant or mixed. Hydrogen dominant SIBO is most associated with diarrhea, while methane dominant is most associated with constipation. This difference reflects an overgrowth of different types of gut bacteria.

A Quick Look at the Small Intestine

The small intestine is usually over 21 feet long and is divided into three segments: the duodenum is the first 10 to 12 inches, the jejunum is the middle portion and is about 8 feet long, and the ileum which is about 12 feet long.

The small intestine participates in all aspects of digestion, absorption and transport of ingested materials. It secretes a variety of digestive and protective substances as well as receives the secretions of the pancreas, liver and gallbladder.

SIBO often represents a breakdown in protective mechanisms. There are several built-in factors that prevent bacterial overgrowth in the small intestine, foremost are digestive secretions of bile and digestive enzymes along with the peristaltic contractions that move the food bolus through the small intestines. A lack of enzymes, bile, or other digestive secretions as well as reduced peristalsis greatly increases an individual’s risk of having bacterial or candida overgrowth as well as an intestinal infection, including chronic candida infections of the gastrointestinal tract.

Most often the treatment of SIBO involves a low carbohydrate diet combined with strategies to deal with the bacterial overgrowth. A low FODMAP diet has emerged as the primary dietary adjunct. FODMAPs are short-chain carbohydrates (oligosaccharides) and sugars that are fermented by intestinal bacteria yielding large amount of gases, like hydrogen or carbon dioxide, thus causing abdominal bloating. Sources of FODMAPs include most legumes, vegetables, fruit, and grains. So, the diet is extremely limiting and not sustainable. Fortunately, recent studies indicate that use of digestive enzyme supplements, especially those designed to digest the various offending oligosaccharides and sugars, may be as effective in improving digestive symptoms without having to forego so many health promoting foods.

As far as dealing with the bacterial overgrowth, the conventional medical treatment of SIBO relies primarily on the administration of antibiotics. However, this approach ultimately creates additional problems due to further disturbance of the microbiome. In contrast, the natural approach focuses on dealing with the bacterial overgrowth by restoring the proper functioning of the protective barriers to SIBO or supplementation strategies designed to produce similar effects. Foremost is this later goal of using hydrochloric acid (HCl) replacement therapy, digestive enzymes, and herbal agents that promote biliary secretions and peristalsis (e.g., berberine, ginger, artichoke, milk thistle, and other choleretics). It is also helpful to use natural agents to reduce the bacterial overgrowth. Foremost among these agents, in my opinion, are digestive enzymes, berberine, and enteric-coated peppermint oil.

Digestive enzymes, especially proteases and lipases, are an important protective factor against SIBO. Insufficient output of digestive enzymes from the pancreas is associated with many symptoms associated with SIBO and may represent a key underlying factor in many cases. Digestive enzymes are also the likely host defense mechanisms within the gut that prevents the formation of biofilm – a collection of bacteria closely packed together that adhere to the lining of the small intestine within a slimy, gluey matrix. In general, methane-producing bacteria are more likely to produce biofilm and are often more difficult to clear. Digestive enzymes are capable of eating away at the biofilm matrix as well as acting as a deterrent for bacterial overgrowth in the small intestine. In general for SIBO, I recommend a high potency digestive enzyme preparation such as Digest Gold to be taken just before a meal.

Plants that contain the alkaloid berberine such as goldenseal (Hydrastis canadensis), barberry (Berberis vulgaris), Oregon grape (Berberis aquifolium), and goldthread (Coptis chinensis) have a long history of use in infectious diarrhea. More recently there have been numerous studies with pure berberine that have shown significant success in the treatment of acute diarrhea. Berberine has been found effective against diarrheas caused by a number of different types of organisms including E. coli (traveler’s diarrhea), Shigella dysenteriae (shigellosis), Salmonella paratyphi (food poisoning), B. Klebsiella, Giardia lamblia (giardiasis), Entamoeba histolytica (amebiasis), and Vibrio cholerae (cholera).

These results indicate berberine appears to be effective in treating the majority of common gastrointestinal infections with results comparable to standard antibiotics in most cases. In fact, results were better in several studies. The advantage of berberine over conventional antibiotics is that it exerts selective antimicrobial action as it targets a wide range of disease causing organisms including Candida albicans, yet exerts no action against health promoting bacterial species such as Lactobacilli and Bifidobacteria species.

Several other studies suggest berberine may be effective in SIBO. In animal models, berberine improves intestinal motility. This action is another key goal in patients with SIBO. And, while berberine has not been studied in SIBO, it has been studied in irritable bowel syndrome with very good results. In a 2015 double-blind study published in Phytotherapy Research, 196 patients with diarrhea predominant IBS were randomized to receive either berberine (200 mg) or a placebo (vitamin C 200 mg) twice a day for eight weeks. The berberine group, but not the placebo group, reported significant improvement in diarrhea and less urgency and frequency in defecation. The berberine group also experienced a 64.6% reduction in abdominal pain compared with initial scores at the end of the score. Berberine significantly decreased the overall IBS symptom score, anxiety score, and depression score. Lastly, and not surprisingly, berberine was associated with an increased quality of life score in patients while no such change was seen in the placebo group.

Berberine has been extensively studied in clinical trials for lowering blood sugar, lipids, and hypertension. In over 25 double-blind studies berberine has shown efficacy on par with conventional medications in these applications. I bring this up because in these studies the dosage was typically 500 mg two to three times daily before meals. This dosage level may bring about quicker results than those found in the eight week trial in IBS and is more likely the dosage that would show more consistent results in SIBO. Berberine is my preferred herbal recommendation for SIBO especially when diarrhea is a common feature.

Another treatment option for SIBO is enteric-coated peppermint oil (ECPO). Peppermint oil, and presumably similar volatile oils such as those found in oregano, rosemary, thyme, and caraway seeds, exhibit a number of beneficial effects helpful in SIBO. Like berberine, these volatile compounds exert selective antimicrobial effects and ECPO has shown very good results in IBS. Enteric coating is believed to be necessary because menthol and other volatile compounds in peppermint oil are rapidly absorbed. This rapid absorption tends to limit its effects to the upper intestine and may lead to esophageal reflux and heartburn.

Nearly a dozen double-blind studies have shown ECPO preparations to be extremely helpful in IBS. ECPO is thought to work by improving the rhythmic contractions of the intestinal tract and relieving intestinal spasm. An additional benefit of these volatile oils is their efficacy against bacteria or Candida albicans that may be overgrowing in the small intestine. The typical dosage of ECPO is 200 mg twice daily between meals.

Once symptoms suggest that the overgrowth of bacteria have been reduced, a repeat breath test or symptom evaluation will determine how successful treatment has been. If symptoms are 90% better, the next step will be the prevention of recurrent SIBO by continuing on the plan. If symptoms are still present after the appropriate time on antimicrobials, a repeat breath test may be helpful to determine how much the levels have changed and help determine whether continued treatment is necessary.

A special extract of licorice known as DGL is a remarkable medicine for peptic ulcers.* The term peptic ulcer refers to ulcers that occur in the stomach (gastric ulcer) or the first portion of the small intestine (duodenal ulcer). Duodenal ulcers are more common with an estimated frequency rate of 6 to 12% of the adult population in the United States. In other words, approximately 10% of the U.S. population has clinical evidence of duodenal ulcer at some time in their lifetime. Duodenal ulcers are 4 times more common in men than in women and 4 to 5 times more common than gastric ulcers.

Enteric Coated peppermint oil has been shown to be quite helpful in improving gastrointestinal function in individuals suffering from the irritable bowel syndrome (IBS) - a common functional disorder of the large intestine characterized by some combination of: (1) abdominal pain, (2) altered bowel function, constipation, or diarrhea, (3) hypersecretion of colonic mucus, (4) dyspeptic symptoms (flatulence, nausea, anorexia), and (5) varying degrees of anxiety or depression.